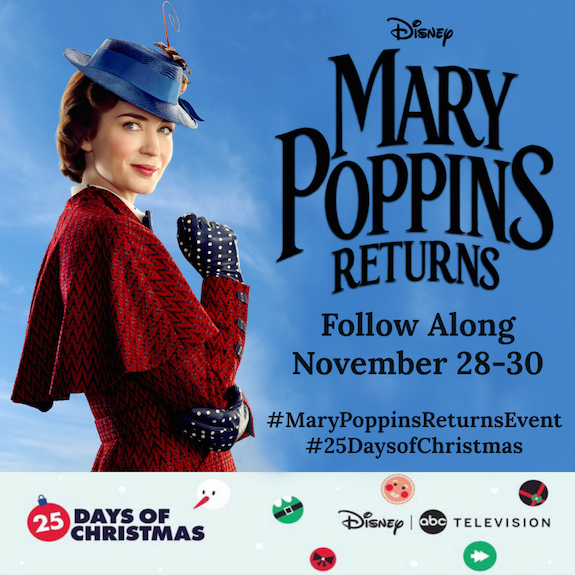 Excitement level 100. That's where I am right now. In two days I leave for the red carpet premiere of Mary Poppins Returns. And, as if that wasn't exciting enough, I'll be interviewing LIN-MANUEL MIRANDA!! I have a short list of people on my dream interview list and he is one of them. I am amazed by his talent, am a huge Hamilton fan and he's a a New York-born Puerto Rican, just like my hubby so we're like practically related, right? 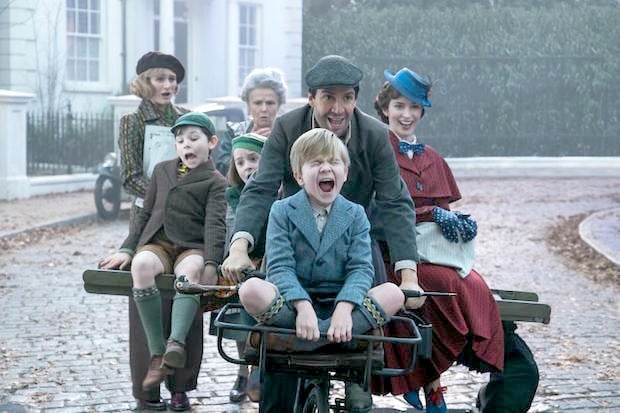 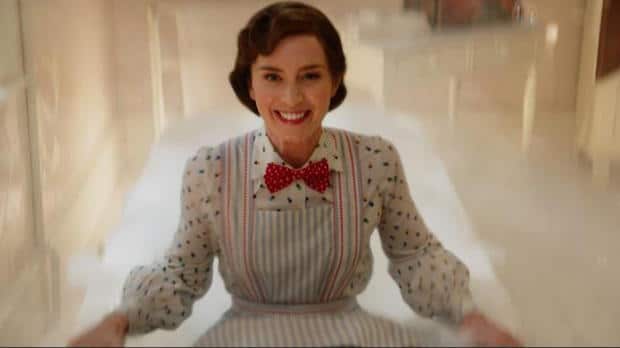 After our interviews, we'll be heading to the red carpet premiere at the Dolby Theater (home to the Academy Awards ceremony) followed by an after party. I'm excited to see which celebrities we'll be able to mix and mingle with at the party! That's always exciting.

For more about the movie, see our post about The Music and Magic of Mary Poppins Returns.

The day after the premiere, we'll be heading to ABC Television for the #25DaysofChristmasEvent! There we will see exclusive preview screening of Disney Channel’s holiday-themed episode of “Coop and Cami Ask the World,” entitled, “Would you Wrather Get a Moose Angry”. After the screening we'll have a Q&A and photo opportunities with the show's talent, including Dakota Lotus, Ruby Rose Turner, Albert Tsai and Paxton Booth. 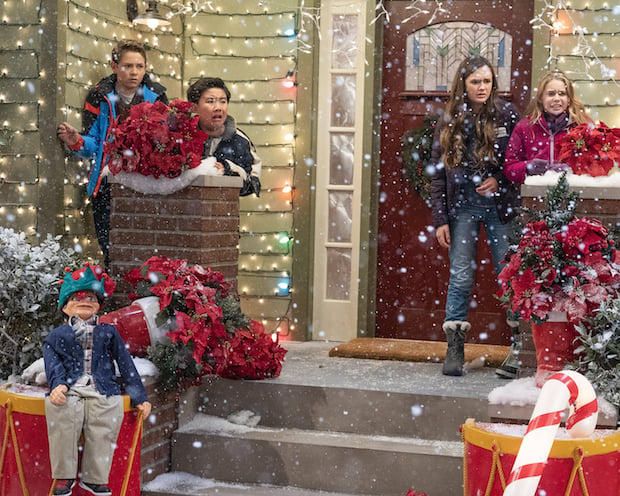 We'll also be meeting with ABC talent Carter Oosterhouse (judge & host on “The Great Christmas Light Fight”) and Sherry Yard (judge on “The Great American Baking Show: Holiday Edition”) – two shows perfect for getting us into the holiday spirit!

Last, but not least, we'll end the morning celebrating the 25 Days of Christmas by joining Disney|ABC Television in their goal to donate #25TonsofToys to Toys for Tots as U.S. Marines will be there to accept our toy donations. This holiday season, Disney|ABC Television are teaming up with Disney store, ShopDisney.com and Toys for Tots. Fans and families can celebrate 25 Days of Christmas by dropping off a new, unwrapped toy at a U.S. Disney store or on shopDisney.com until December 15th and Disney store will contribute $5 per toy to Toys for Tots, up to $1 Million! Post a selfie with YOUR toy donation on social media using the hashtag #25TonsOfToys! 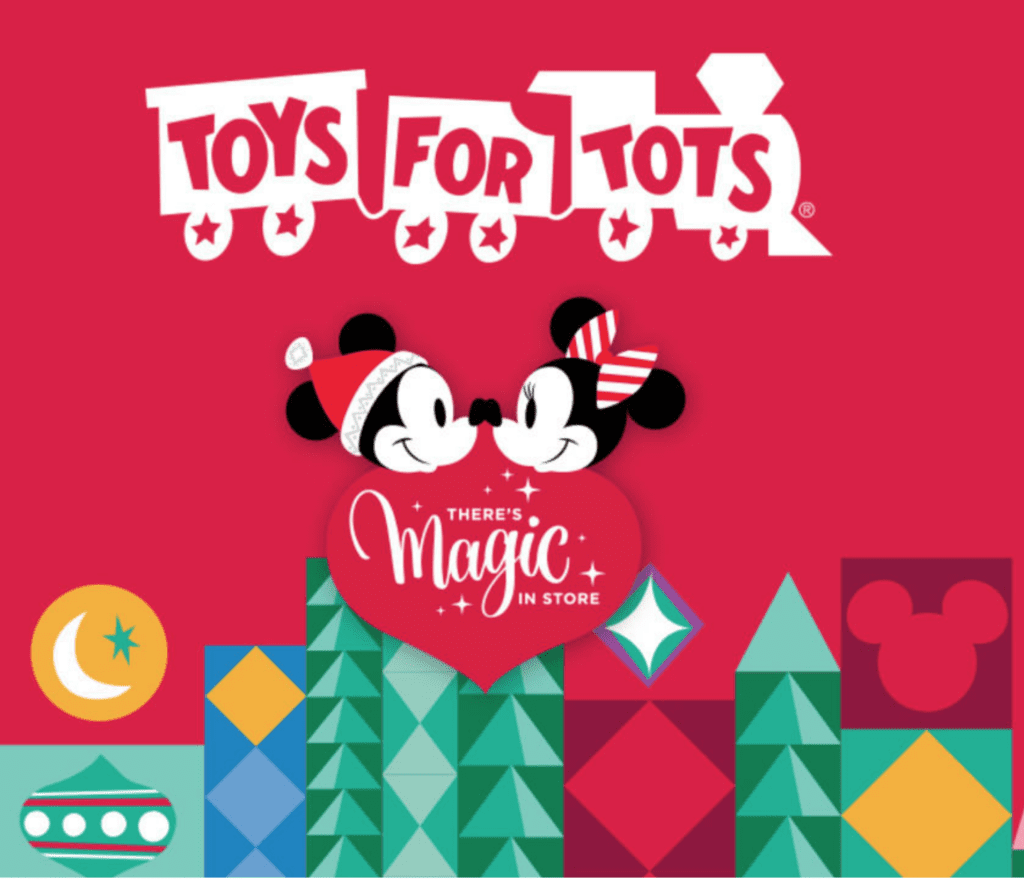 Before my trip home, I'll be visiting the Walt Disney Studios lot to grab some lunch, shop in the Studio Store and snap some photos on the legendary campus. 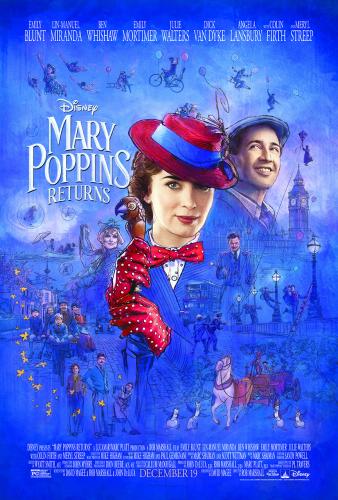 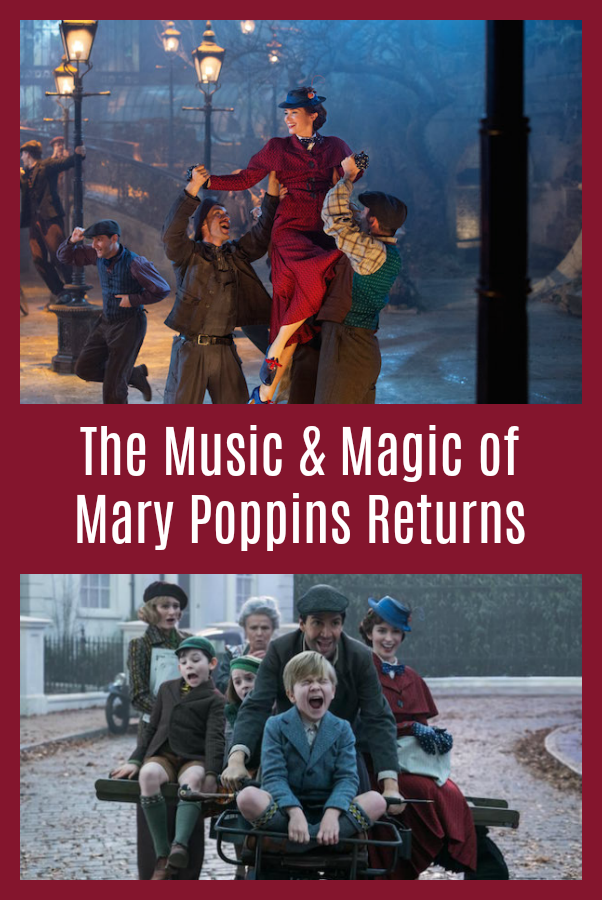