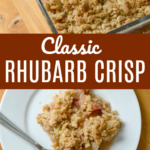 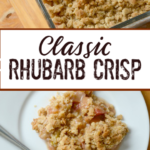 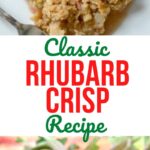 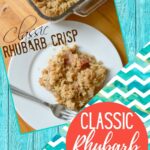 This Classic Rhubarb Crisp Recipe is just like Grandma used to make! Just 8 ingredients, including rhubarb, oatmeal and brown sugar, is all it takes to make this delicious rhubarb dessert. 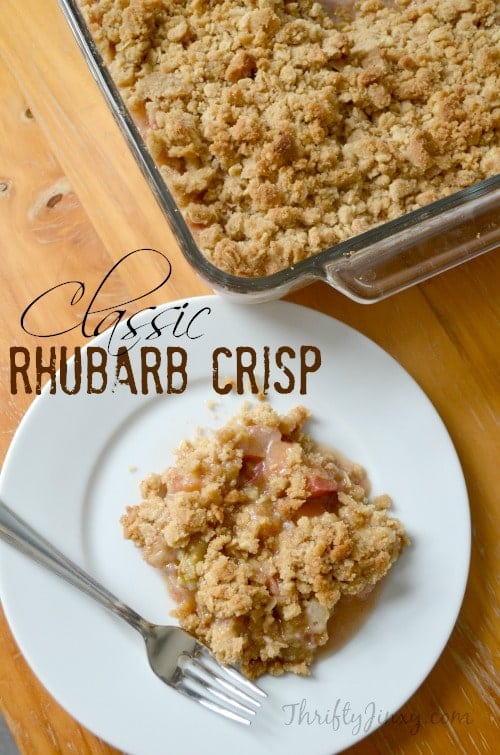 Rhubarb crisp is one of my all-time favorite “old timey” desserts. I call it old timey because a Classic Rhubarb Crisp recipe always reminds me of childhood and my parents and grandparents.

Rhubarb itself just seems like one of those classic old-fashioned garden items that doesn’t get the attention of other more in-fashion produce. 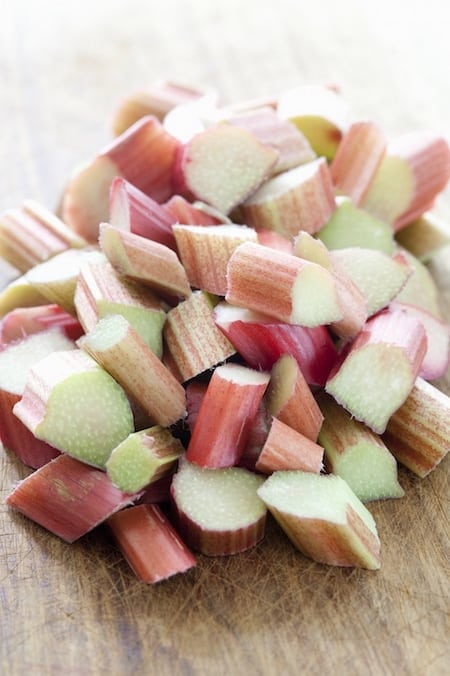 I always think the best rhubarb is the stalks that come for a friend, neighbor or relative’s backyard or garden.

The rhubarb found in the store just isn’t quite as awesome. The stalks are usually much smaller and it doesn’t hold up to those big, sturdy homegrown stems. But, since I don’t have a rhubarb plant of my own, I have resorted to buying it in the grocery store.

Last weekend I was lucky enough to stop at a garage sale where they were selling big bags of rhubarb for only $1!! I snatched that up in a hurry and now wish I had bought more to stock the freezer.

I used up the rhubarb I did buy for my favorite of all rhubarb recipes – to make up a pan of this Classic Rhubarb Crisp Recipe. As usual, it was DELICIOUS!! 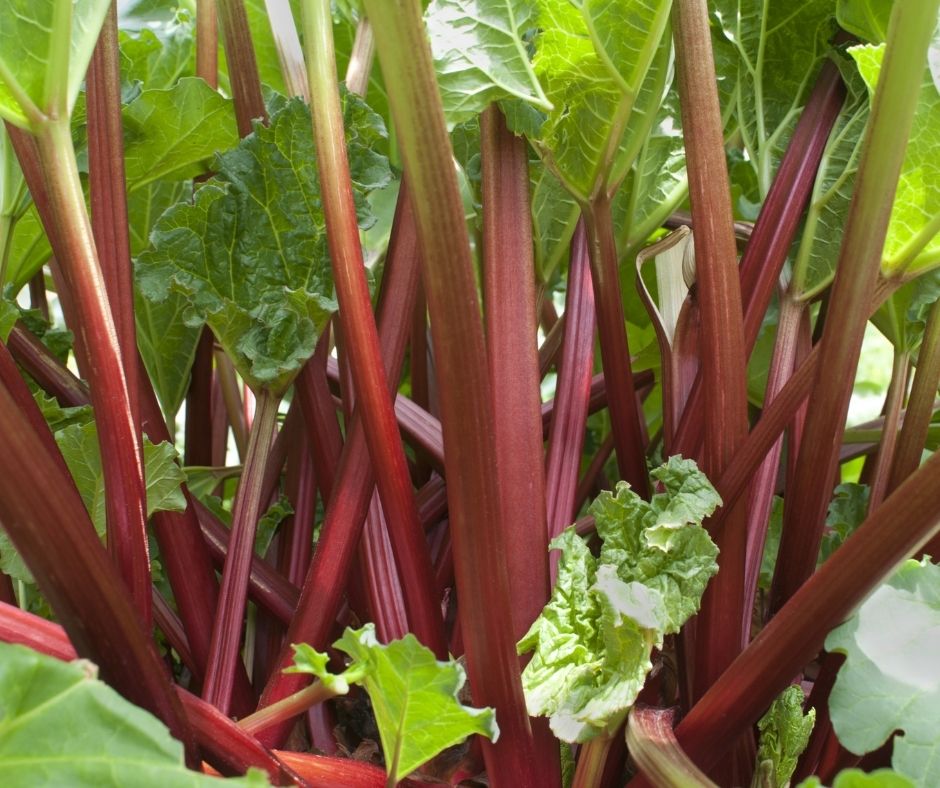 Moving forward, I definitely need to plant some rhubarb in my own yard. I have done some exploring online and found out that I can order rhubarb bulbs from Burpee. I remember my parents getting their catalog in the mail every year before the days of the internet!

Ordering online will be much quicker, but I think I want to see if I could start getting that catalog again. If you need rhubarb plants too, you can buy them right here.

If you end up with too much rhubarb (is that even a thing??) you can use the extra to make rhubarb vinegar. It’s so delicious and versatile. 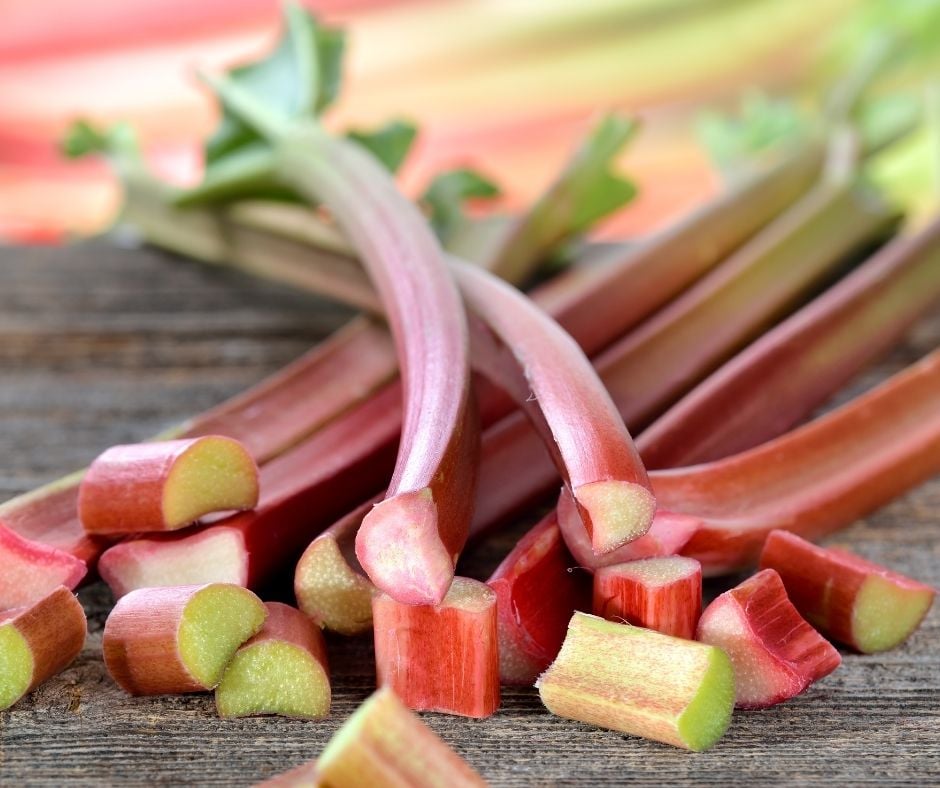 My favorite part of this tasty rhubarb dessert is the crisp topping! The brown sugar helps to give it that delicious flavor and adds to the crisping too.

To serve this old-fashioned Rhubarb crisp, my favorite way is just as-is with nothing on top, but you can top it with vanilla ice cream, whipped cream or anything else you like.

Just make sure not to put topping on until right before eating so that the crisp topping stays crisp!

Now on to the super delicious rhubarb recipe!! If you love it as much as I do, please use the buttons above to share it by pinning on Pinterest or sharing with your friends on Facebook!

NOTE: The recipe as written is very sweet. I mentioned Grandma, and mine made everything super sweet. She even added an extra cup of sugar when mixing up Country Time Lemonade! So, usually when I make this recipe now I use only 3/4 cup of white sugar rather than a full cup in the rhubarb layer. 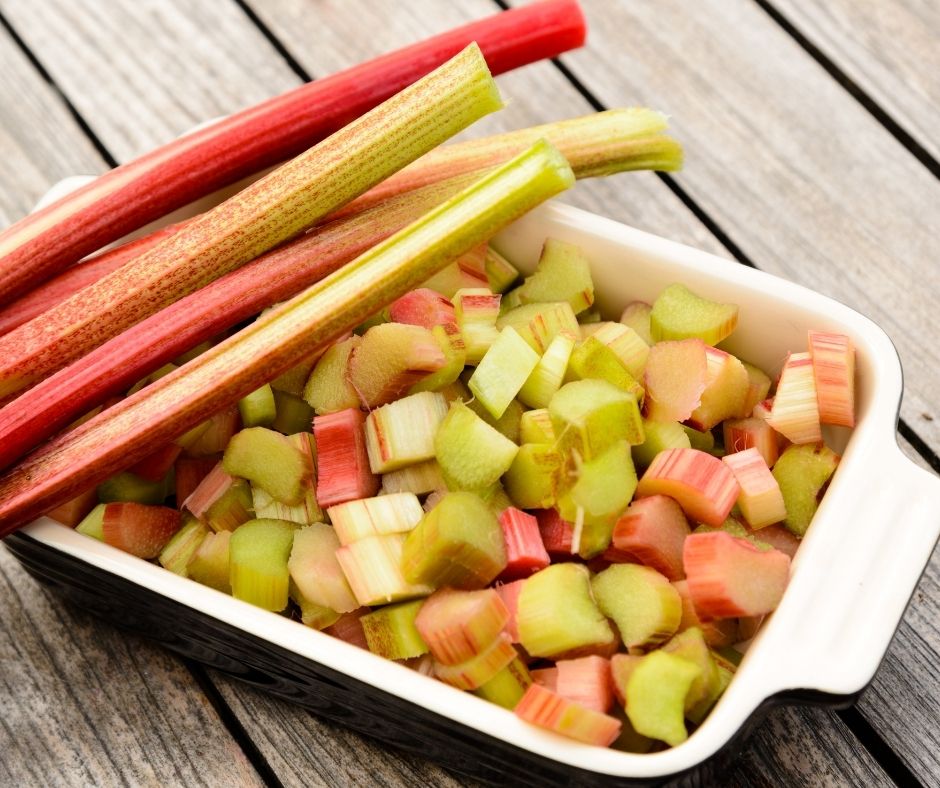 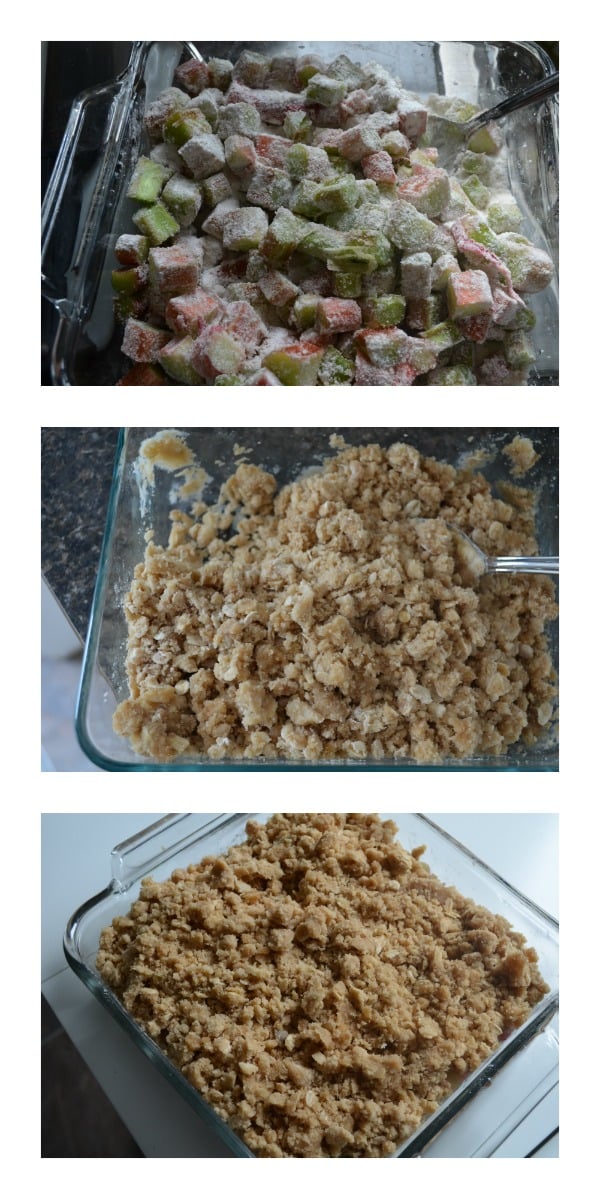 How to Make Rhubarb Crisp:

What to serve with old fashioned Rhubarb Crisp:

I love my rhubarb crisp “as is”, but you can top yours topped with vanilla ice cream or whipped cream. 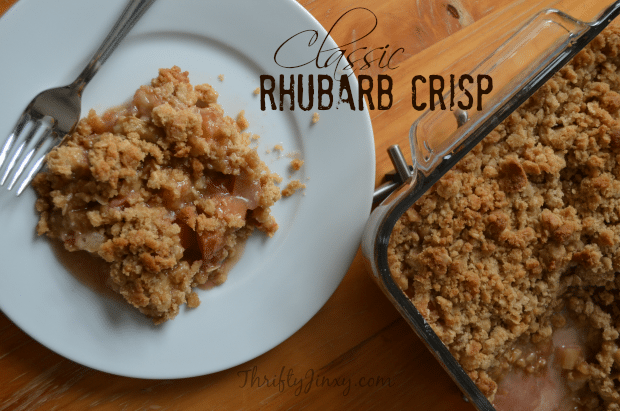 Did you make this recipe? I want to see it!
Share a photo on Instagram and tag me – @ThriftyJinxy.

The recipe as written is very sweet. If you prefer it to be less sweet (but still not quite tart) you can reduce the amount of sugar in the rhubarb layer to 3/4 cup.

Nutrition data calculated automatically and may not be accurate.

Don’t forget to PIN the recipe!! 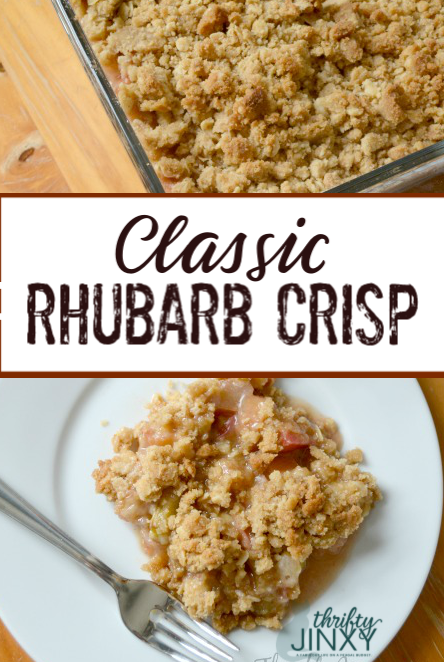