For all the latest direct to your inbox
the latest
Home » #Cars3Event » Cars 3 Interview: Nathan Fillion, Larry the Cable Guy, Isiah Whitlock Jr. and Lea DeLaria 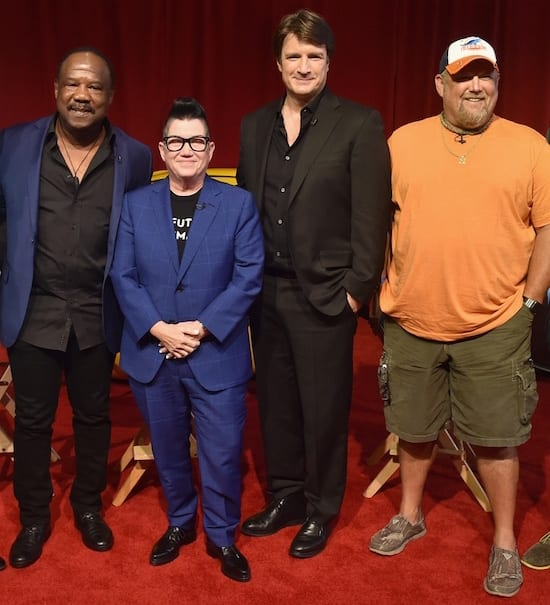 Last week I told you all about our first interview with the stars of Cars 3: Owen Wilson, Cristela Alonzo, Kerry Washington and Armie Hammer. That wasn't our only laugh-filled interview, because next up were Cars 3 stars Nathan Fillion (voice of “Sterling”), Larry the Cable Guy (voice of “Mater”), Lea DeLaria (voice of “Miss Fritter”) & Isiah Whitlock Jr. (voice of “River Scott”). I'm not sure if it would be possible to EVER have an interview with Larry the Cable Guy that WASN'T hilarious, but this particular grouping made things extra fun as the actors laughed and joked together as they told us about their role in the making of Cars 3. (Thanks to Disney/Pixar and Louise of MomStart.com for providing photos.) 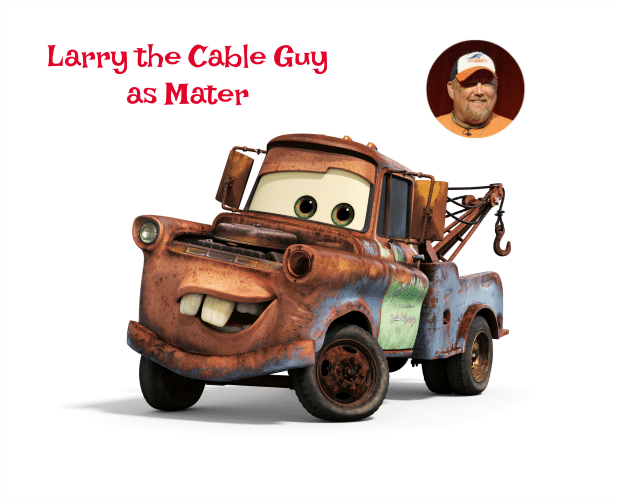 About Improvisation While Making Cars 3

Larry the Cable said he has always done improv, ever since the first Cars movie. He said, “I remember when I first did it. My opening line that I ever did in Cars was “My name's Mater, like Tomater, without the To”. The director was more than fine with that and told him to do whatever he wanted, as long as it's staying close to the script. Larry said, “So that's when all of the ‘dadgum' and ‘gee!'and all of that stuff started coming about — and that's generally the one where they go, ‘Oh, that's good.” Nathan then joked, “It's so weird. Because when I improv, they always go, ‘That's great, stick to the lines.'” 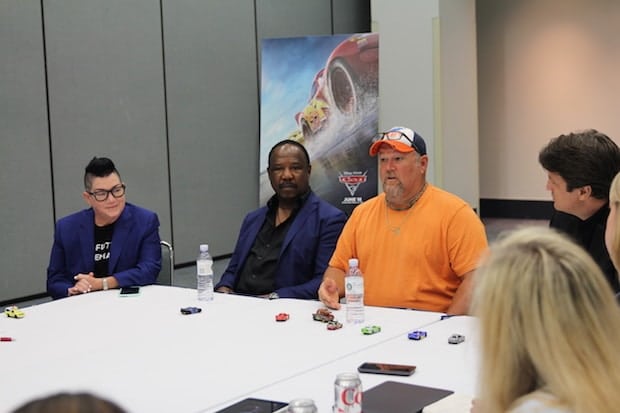 A Change of Pace for Isiah Whitlock Jr.

We wondered how Isiah liked doing something so very different than “The Wire” and he said, “I always jump at the chance to do something different. This opportunity came along and I was just thrilled about it. It was totally different. I was in the booth by myself with my own imagination and I found it quite liberating just laying down the voice. To me, that's kind of what keeps you going – that you're not always playing the same thing, over and over and over again.” 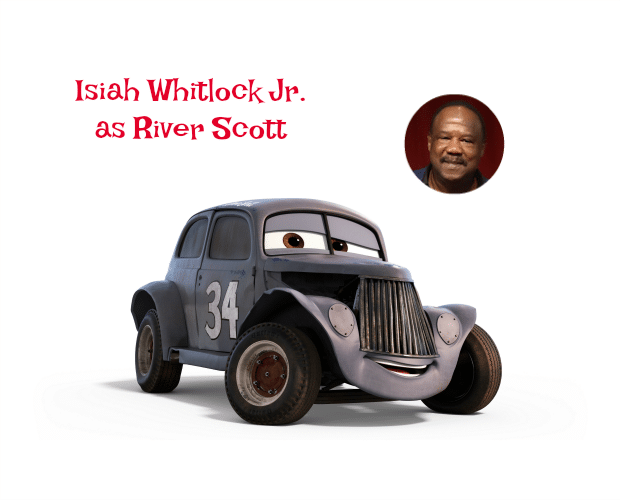 In a previous interview, Nathan Fillion had described Sterling as “charming”, but in Cars 3 felt a little slimy. He said, “That's fair, that's fair. I always find that charming is one of the more misleading directions when you're reading a screenplay, or a script. People see “charming” and they go skeevy and they go a little weird. Charming people are not so much interesting as they are interested. They're saying, ‘Hey. You are great. You are wonderful. You are the best.' But, in this case, as a businessman first, I think he puts Lightning McQueen into a ‘You are the best. You are the greatest. But I do have an ulterior motive.' So I think that's where it gets a little skeevy.” 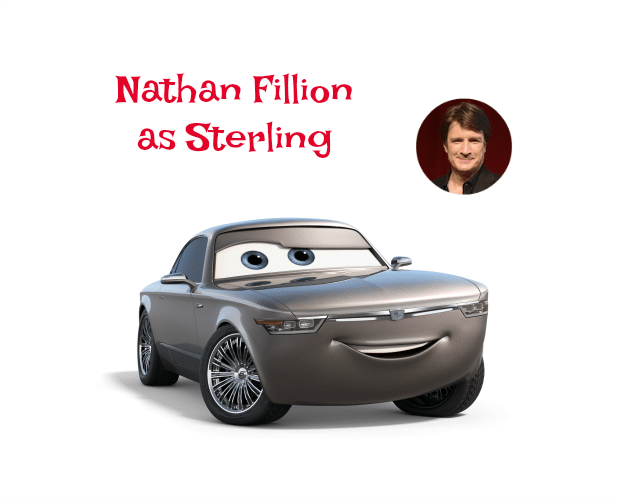 Why Nathan Wanted to Be a Part of Cars 3

Nathan told us, “What called me to this is an opportunity to work with Pixar. I'm gonna not going to lie to you guys. I've been to the Pixar facility twice. I've seen every Pixar movie. I've seen the Pixar documentary four times. I am into Pixar. Nothing happens in a Pixar movie by accident. They tell the story, one pixel at a time. It's very, very careful filmmaking, and it's very methodically planned out, and to be a part of it you know you're going to be a part of a story well told, and it's going to be beautiful, and it's going to last. So, over and above anything else, I will do anything for Pixar. And, point of fact, I actually did some janitorial work for them two weeks ago. I'm not picky.” Larry added “and he was charming when he did it” and Isiah added “and skeevy”. 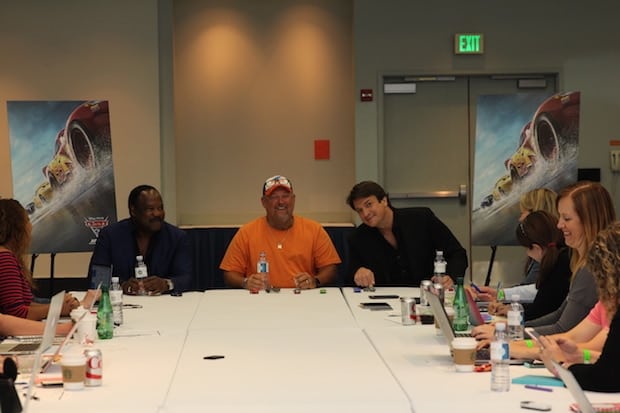 Lea said the answer was easy, “Why would I want to be Miss Fritter? Have we seen her? She's awesome. I mean, come on. Her stop sign is a buzz saw. She's terrific. Also, I grew up where they do stock cars. I grew up where demo derby was a big deal. I grew up in a really small town on the very tip of Illinois that's right by Kentucky. So that was like, a Friday night entertainment for me. So the idea of being the queen of the demolition derby? Awesome. And they let me saythe high school that I went to. The side of the bus says the high school that I went to. The people of Belleville, Illinois, which is a tiny little town, are gonna go nuts when they see that.” 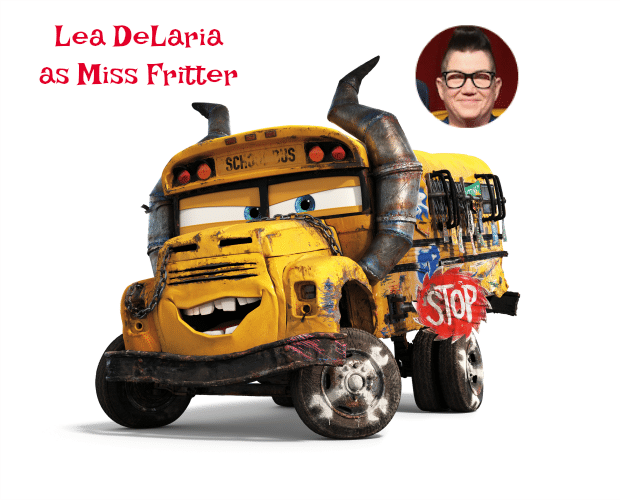 What the Cast Thought of Cars 3

Of the 4 actors, only Isiah had already had a chance to see the movie. (Our interview was held before the premiere.” Isiah said, “I found it very emotional. I found myself tearing up a little bit and kept saying, ‘Okay. Think about something else Think about something else. Don't start crying'. When they {in the movie} deal with change and aging and things like that and moving on, you know…That's like my career! I was glad I brought my sunglasses with me, so I could put those on and pretend like I was just sitting cool in the movie theater.” 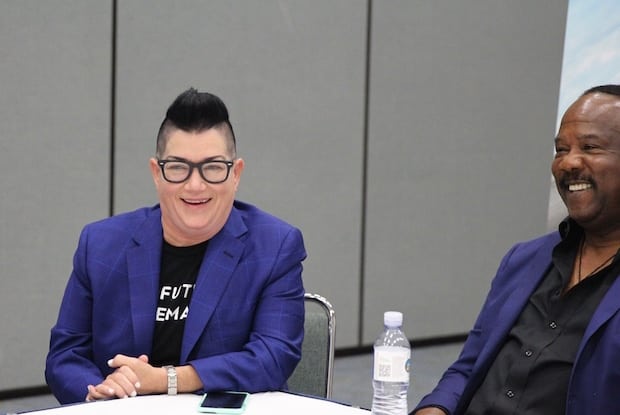 Cars 3 Talks About Mentors. Who are the mentors of the cast?

Nathan: Bob Woods, who played my uncle on One Life to Live. I wouldn't have moved to Los Angeles without his sage advice.
Larry: You know what's crazy? That's my mine too!
Isiah: I had a mentor in college who…was kind of like this nutty, crazy professor that everybody kind of stayed away from, but he pulled me aside and he says, ‘Look, you know, I saw you in a play last night and I thought you were great. You got to get out of Minnesota, man. You got to go to New York, and you got to start knocking on doors. …..He told me, ‘If you really want to be a great actor, you've got to start studying psychology. You've got to know the human condition. You've got to know how people tick, and how you can figure out all of these characters,' and so I thought, Okay, I'm gonna try that. And I studied psychology for about two years. And I just play a bunch of characters who've got problems. But it was some of the best advice I had ever gotten.” 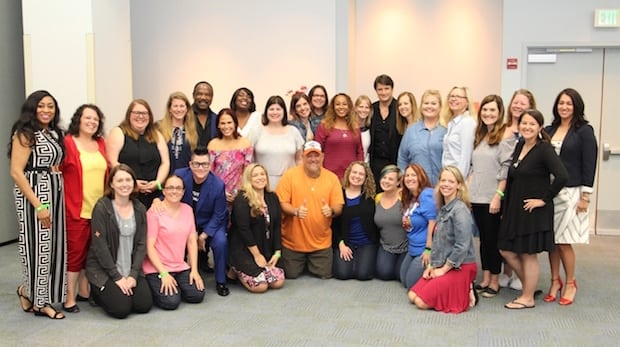