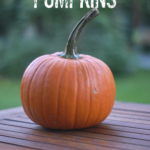 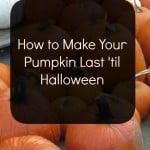 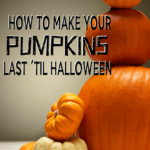 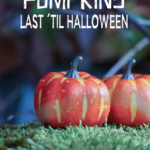 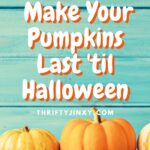 Use these helpful tips to find out how to make your pumpkins last until Halloween! 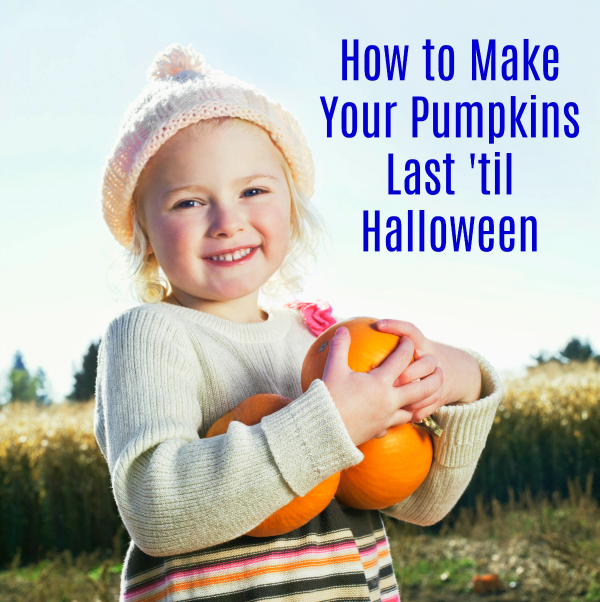 It’s fun to have Halloween decorations up early and make the most of the season, but pumpkins bought early in the month can sometimes rot before Halloween. Soggy pumpkins are just NOT fun!

We want our pumpkins to last longer! If you want to know how to make your pumpkins last until Halloween, there are a few simple tips to help. 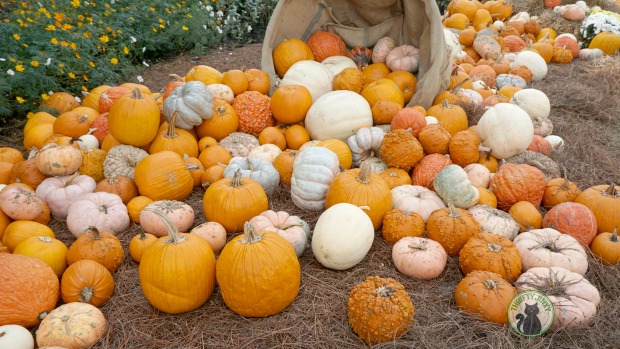 While artificial foam or plastic pumpkins are always an option, they just aren’t the same as the real thing and they don’t look as pretty on your front porch either.

We personally love the fun of going to the pumpkin patch and picking out our own pumpkins. After that picking effort we want them to be around for a while. 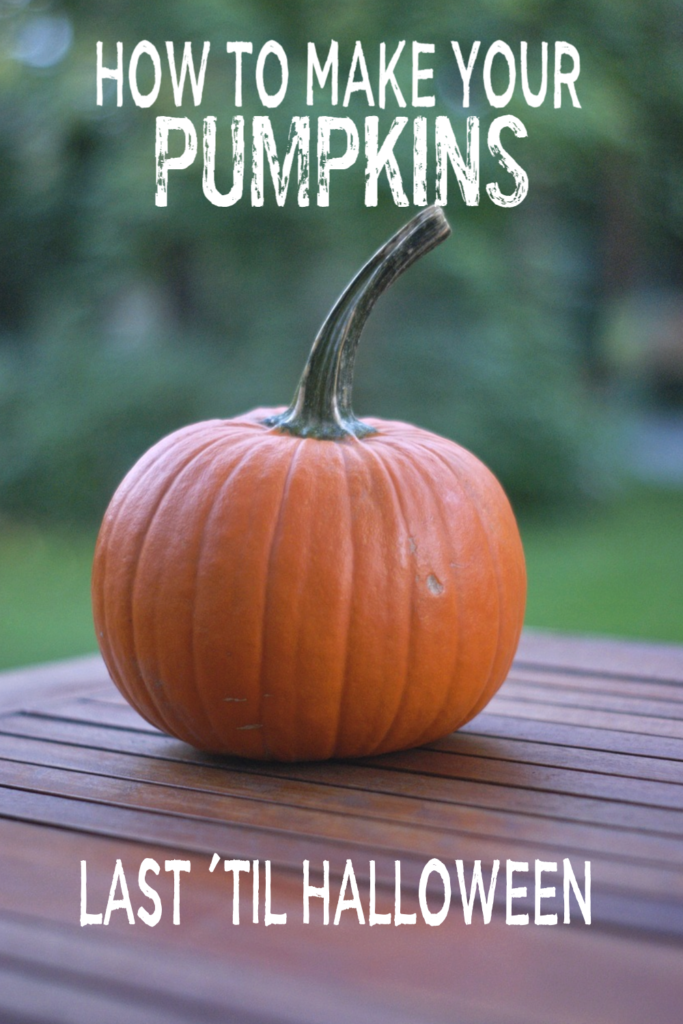 Whether you choose your pumpkins from the grocery store, the farmer’s market or at the pumpkin patch itself, these helpful tips should keep them looking good and make them last quite a bit longer. 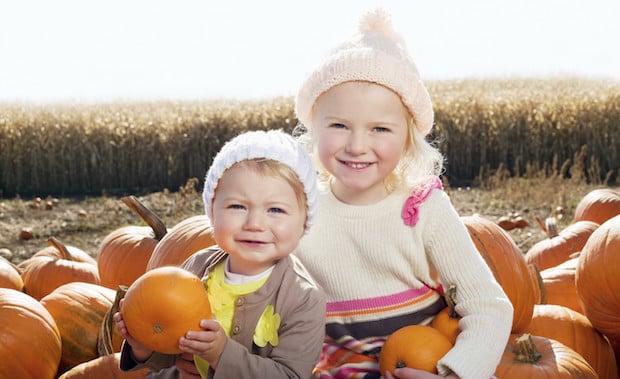 How to Make Your Pumpkin Last Until Halloween

1.  Do NOT set your pumpkin directly on your cement front steps.  Place a piece of cardboard between your pumpkins and the cement.

2.  Keep your pumpkin out of direct sunlight if possible. Avoiding the sun will make it last longer. 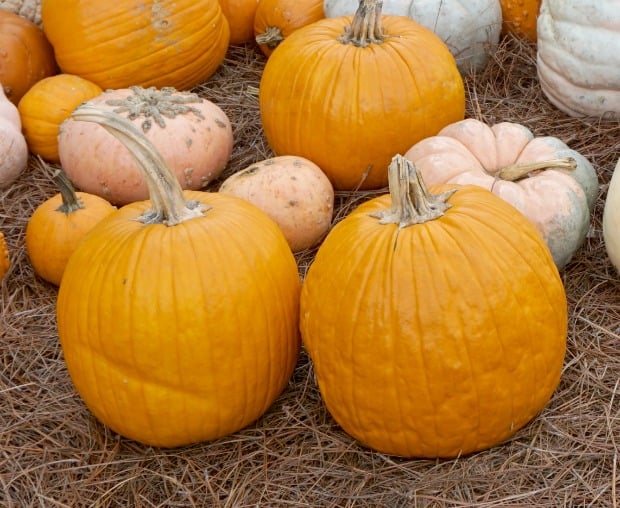 3.  If your temperatures will be dipping below freezing, take your pumpkins inside for the night. Freezing pumpkins is NOT a good idea.

4. Traditionally we always cut off the top of the pumpkin (around the stem) and scoop out the “innards” that way. BUT, the stem actually sends nutrients to the pumpkin even after it’s cut. For a better option, cut a hole in the back of the pumpkin and scoop it out from there. 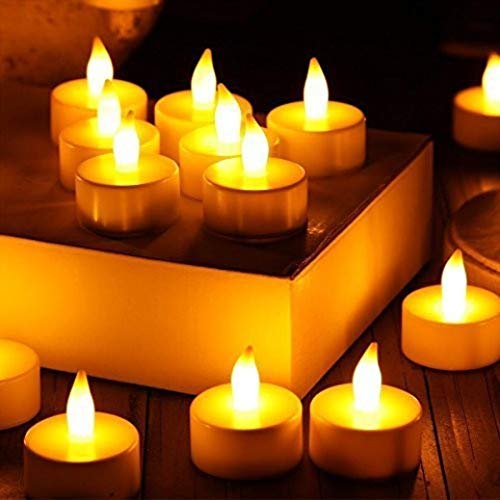 5. The heat of a candle can also make your pumpkin deteriorate faster. A better option is a battery operated tea light, small flashlight or LED light.

6.  If you want to get even more involved, the key to preventing mold is to remove as much bacteria as possible.  Rinse the inside (if it’s carved into a jack-o-lantern) and outside of your pumpkin with a bleach/water solution (1 Tbsp bleach to a quart of water).

Then to seal in moisture to prevent the pumpkin from drying out too quickly and to seal out new bacteria, smear all of the cut surfaces with petroleum jelly. 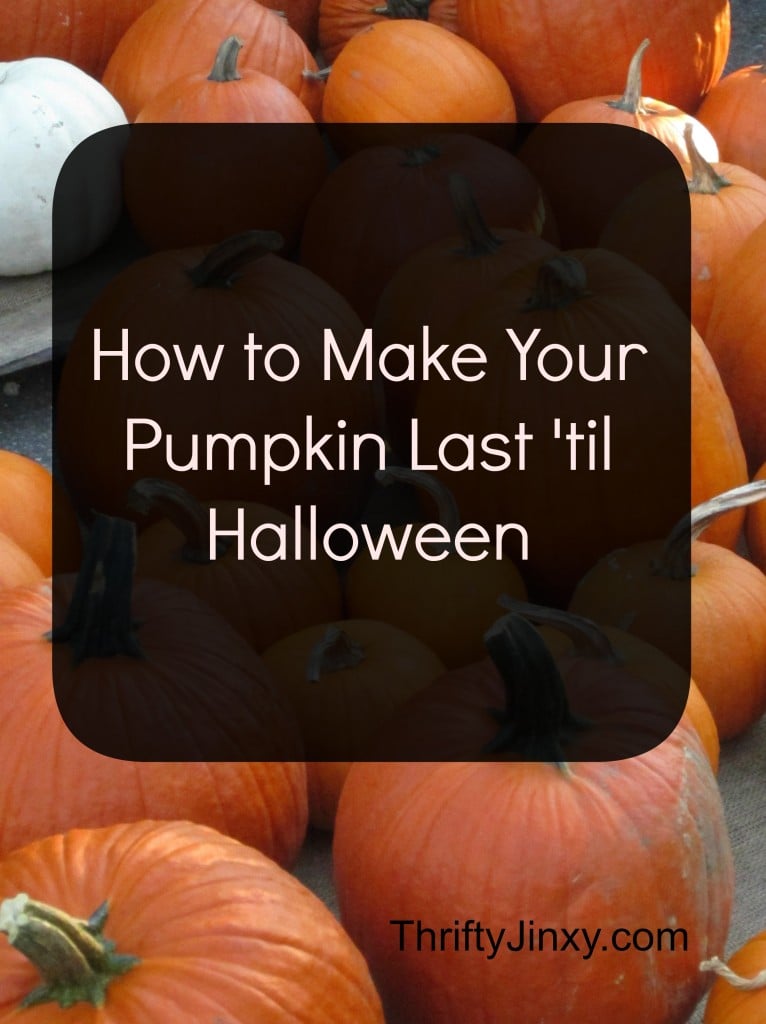