For all the latest direct to your inbox
the latest
Home » Review » Did You Watch Extreme Couponing on TLC? What did YOU Think?

Check out our recap of the very first episode of TLC's Extreme Couponing with a rundown of all the action and the couponers profiled.

So, did any of you watch “Extreme Couponing” on TLC last night? I missed the first airing (I was out shopping!) so I had to stay up to watch the replay at midnight. All, I can say is “wow”.

If you missed it, they featured four different extreme couponers each with a style, game plan, and outlook of their own. You can read profiles of each of the couponers on the TLC Web Site, but here are my thoughts and reactions on each. (And please forgive all the typos, etc…it's 2:14 am!) 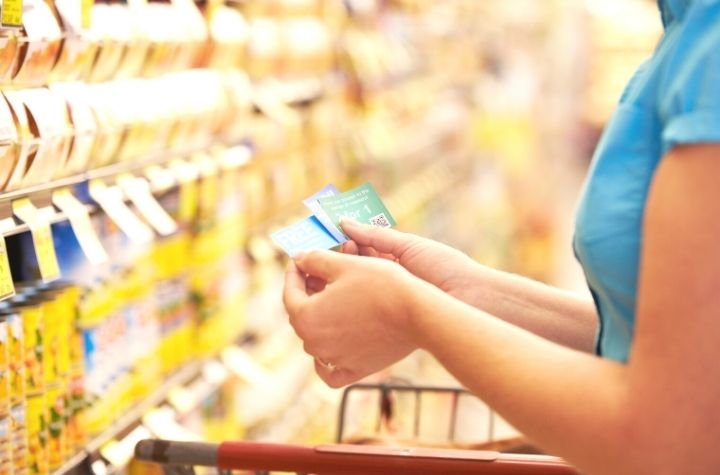 The first person featured was ≈, OH. In my opinion, Amanda has what could be called a “couponing problem”. Her couponing seems to create a great deal of stress for both her and her husband.

Amanda admits that she has canceled plans and neglected family time in order to go shopping. She also spends 70 hours per week on her coupon research! YES – 70 HOURS!

When showing her stockpile, which is now overflowing from two rooms in her house, I could only think – – “There is no way she will ever use all that stuff”.

While preparing for her TLC featured shopping trip, she made plans to buy over 200 boxes of pasta even though her husband commented that they have over a year's worth in storage already.

I can understand if she were planning to donate it to a food pantry (which one of the other featured couponers does regularly), then OK. But, from what I could gather from the show, what she buys she stockpiles.

For the shopping trip she walked away with $1175.33 worth of groceries for only $51.67, but she had also invested in $70 worth of coupons from a clipping service (and don't forget she spends 70 HOURS PER WEEK couponing – not to mention the 6 hours she spent in the store for this trip.)

While watching, I was bothered by how much stress the couponing was causing her husband and how even the little corner of the house he kept as his “man cave” was being invaded for stockpile storage. If couponing tears a family apart, it is not worth it no matter how much you save. 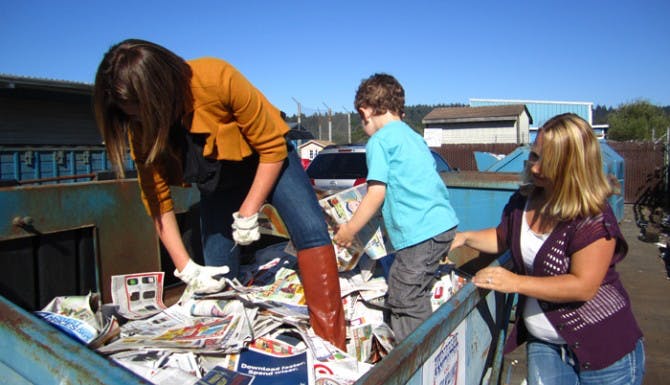 Next up was Joanie, from McKinleyville, CA. I think the part of Joanie's story that would shock the most people is that she goes dumpster diving for coupons. I have to to admit that I have gathered coupons from a recycling center myself, but I don't think I could actually climb up into a dumpster to do it (especially in such a cute outfit as she was wearing or with a young son in tow).

Joanie is also extremely organized both when it comes to her binder coupon method and with the arrangement of her stockpile. The stockpile was impressively arranged and she regularly rotates it with the soon to expire items in the front.

One thing she said I could TOTALLY relate to. She talked about “cashier profiling” and I do the EXACT same thing. – My husband actually said “THAT IS YOU!” when he saw that part. I always avoid the older female cashiers and go straight for the young guys – around 20 usually seems best. (I think growing up with video games makes them naturals at computers so they don't have problems ringing up tricky coupons and also don't react like you're taking the money out of their own pockets when you're saving.)

Anyway, I did just Google Joanie and found that she has her own blog The Krazy Coupon Lady. I haven't read any of it yet, but am interested to see what she has to say. Joanie's TLC shopping trip resulted in $638.64 worth of groceries for $2.64. 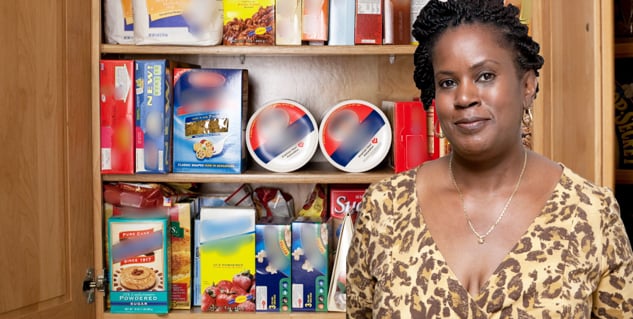 The third extreme couponer was Joyce, from Philadelphia.  I loved Joyce.  She was down to earth and says she only buys what she actually needs and can use.

It looks like she also gets a great workout spending hours per week walking her neighborhood collecting unused coupons both from friends, neighbors and local businesses, as well as from recycling bins.

Joyce also had the best quote of the night when she commented that if you don't use coupons “Baby, you just ain’t been broke enough.” I don't necessarily believe that you need to have been broke at some point in order to understand the value of couponing, but I still love the quote!

On Joyce's TLC shopping trip, she got $230.38 of groceries for $6.32 – but that included a $6 chicken and she also had coupons print at the register for $$ off her next shopping trip. (I found her web site at Miss Coupon Diva.) 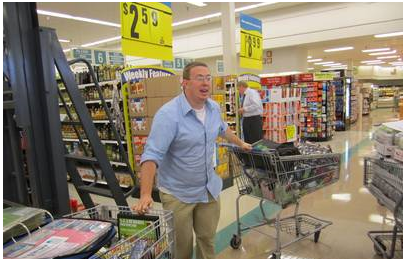 Last, and probably the most extreme, was Nathan from Villa Hills, KY.  Nathan's entire 2-car garage is filled with his stockpile.  He has over 1500 sticks of deodorant!  Again, that is indeed extreme/excessive.  That is more than can be used in a lifetime and I sincerely doubt that 40-year-old deodorant will be very effective when it comes time to use it.

I also noticed dozens and dozens of bottles of salad dressing and I know from personal experience that dressing does NOT last indefinitely!

The thing that I did like about Nathan is that he donates a lot of his purchases.  For example, in his TLC shopping trip he purchased 1,100 boxes of Total Cereal that he will be donating to his church.  – I think he should give them some of that salad dressing too!

Another thing that irked me during Nathan's shopping trip is that he bought 60 bottles of hand soap even though it still cost him 30 cents per bottle. I think he should have held out for freebie soap at a later date – maybe just bought a few bottles to tide him over until he finds that better deal.

All in all, Nathan's TLC Shopping tripped gave him $5743 worth of groceries at a final cost of $241 (although he did not indicate the  total amount he spent on purchased coupons.)

So, did YOU watch Extreme Couponing?  I'm interested in hearing your thoughts on it!