Today is the day! The all-new DreamWorks Animation Television original series Dragons: Race to the Edge debuts TODAY June 26th exclusively on Netflix. (I have it playing on my second monitor as I write!)

Earlier this week I told you about the DreamWorks media event I attended to learn all about the new show. One of the highlights was speaking with Visual Effects Supervisor David Jones. He filled us in on some of the challenges they faced in trying to give the show a new look and making it feel like a different world we are exploring. 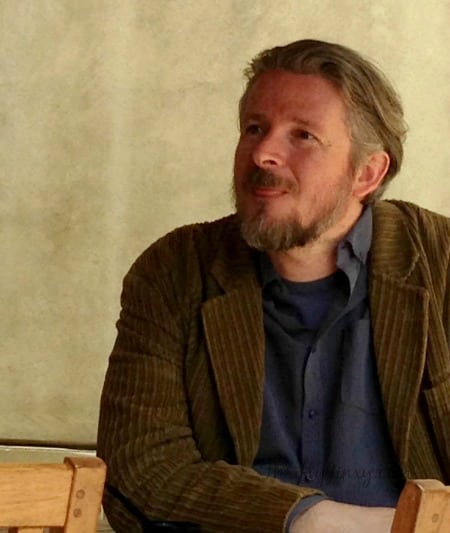 In Dragons: Race to the Edge Hiccup and his friends build a base that is about a day's flight away from Berk so they can explore things farther away without having to cover the same territory all the time. The creators made an island, The Dragon's Edge, the dragon trainers could call their own. They creators also thought it a good idea to give these young characters a place to call their own so that instead of going to the parents to solve their problems they have to start solving them themselves and dealing with the issues people have to deal with as they grow up.

The houses on Berk were all made in the form of boats. The Vikings had taken their boats when they arrived in the new place, sawed them up, turned them on their ends and  made houses out of them (which is actually fairly true to how Vikings made their houses). They did this because they felt Berk was temporary because up until the first movie they assumed that it would basically be destroyed by dragons every few weeks. Now that the world has changed and the dragons are under control, they had to think about how they would build their houses. They thought they would build vertically but still inspired by that same “boaty” architecture and a bit more to their individual tastes.

David and his team designed the whole camp before the writers started writing the script. They knew about the area they wanted to write and since the camp was created first, they really wrote TO the design. A lot of the features of the houses are now story points and there are stories about how they came into being. 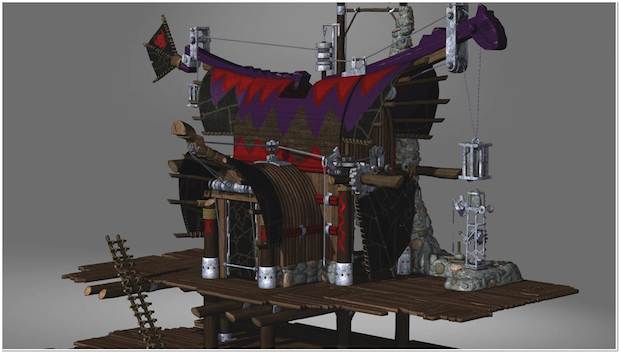 Since the characters are obsessed with their dragons, each person's house reflects to a certain extent the colors and the characteristics of their dragon. They also say a bit about the character himself or herself. The creators thought that Hiccup, who is mechanical, studious and interested in making things would build a huge wind-powered forge house with the colors and patterns of Toothless and the flappy tail like Toothless that is mechanically fascinating and where he can build various tails for Toothless. Over the course of the show, one of the things they wanted to introduce is how Hiccup went from being a fairly naive young kid in a vest and pants in the first movie to this kind of cool little bomber pilot with his flight suit in the second movie. They wanted to give him the tools do that that and we wanted episodes where he could develop the idea of flying separately from the dragon, doing experiments and refining it. One of the fun things they do through the course of the series is take all the amazing ideas that are in the second movie and give them more backstory.

Astrid's house is also in the shape of a dragon, but she is a lot more practical than Hiccup. She has a slightly militaristic mindset, so she has actually armored her house with metal plates and put a huge weapon on the roof that sort of acts as the Howitzer for the village so that if any dragons come in that are causing trouble she can shoot them down. 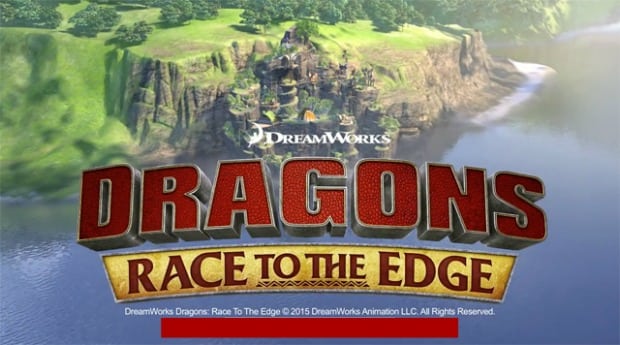 Snotlout is the shortest of all the kids even though he comes across as big and boisterous and wants to be the man of the group. The creators thought he might have an issue about height, so his house is held up by a statue version of him and there are cranks at the back so he can raise and lower the house so he will always appear to have the highest house in the encampment no matter what anyone else does. Of course it is wildly impractical like the character himself. Also, because his dragon Hookfang is the one that flames up and becomes a burning phoenix, they thought he would probably have a bit of a fire problem, so they gave him a reservoir next to the house with tubes that attach to a fire extinguisher system to put out the fires that will inevitably occur.  They also gave him a flaming “S” on the front of the house that he can set on fire for when he is trying to channel his “inner KISS concert”.

Fishlegs is a studious one who likes meditating and gardening  so we gave him a little meditating pool. He also has a topiary garden that comes in later where he has taken shrubs and chopped them into the shapes of various dragons.

For the Twins' house. since they have a two-headed dragon, they have a two-headed house with doors that both lead into the same place. On one side it is painted by Ruffnut so it is fairly practical, but on the other side it is painted by Tuffnut so its very abstract and strange. We thought that because their dragon breathes out gas that they would have balloons with the gas holding up portions of the house. All of these become plot points later in the show. 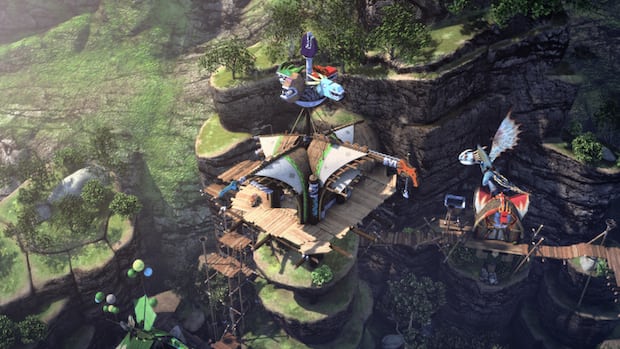 The Clubhouse where they have their family meetings has doors on all four sides that can open. In any TV show there will be a room where the characters do a lot of talking – i.e. Central Perk on Friends, the living room in The Big Bang Theory – and they are rooms that you see a lot of. The creators wanted to make that central room, but with options so that it won't always look the same. By opening all four of those doors, the outside world is the background so that the characters can have these same discussions you need to advance the plot but with different backgrounds to make it feel more varied and lively. 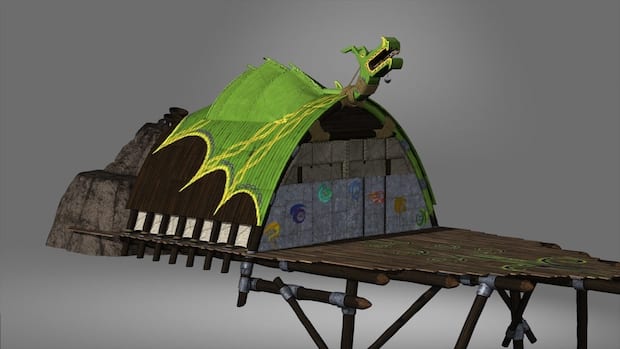 In the second movie there are big, grand stables, so David and his team thought they may have gotten the idea here by building stables in the first place. It also gave them the opportunity to do something they had never done before – build a 3-story interior set. It gave the ability to stage things in a more vertical way, which made for more shadows, which adds a lot of interest when doing the lighting for a show. The stable is used in a lot of episodes because it “just looks neat”.

Watch Dragons: Race to the Edge NOW exclusively on Netflix.