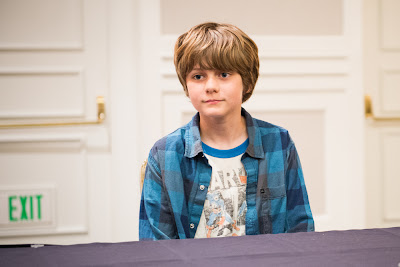 If you have already seen Iron Man 3, your interest has probably been peaked about the young actor who plays Harley – Ty Simpkins. If you haven't seen the film yet I have to let you know – you'll be seeing a lot more of this young actor in the future.

Last week when I was in Hollywood for the premiere of Iron Man 3, I also had the opportunity to take part in a group interview with Ty Simpkins.  This 11-year-old already has a lot of acting experience under his belt with roles in Insidious, Revolutionary Road and several other films.  Not only is he simply adorable, but he was extremely well spoken as he fielded our questions.

Q: Do you have a favorite hero?

Iron Man. I mean it– it’s been my dream.

Q: How did you get the part?
We got a call from my agent and I was really excited.  We went to the audition, but it was so top secret that we couldn’t look at the script until we got to the audition.  But it was really easy 'cause it was only a scene that was short.  Then we hadn’t heard for a while. We got a callback. And I was like, “oh, okay, cool, cool. This is awesome. I can’t believe I got a callback.”   So we went to the call back and the director was there.  We went through the scene only with one more scene and that was a bit more difficult to learn because it was longer. It was a giant monologue– like paragraph.  And then we hadn’t heard for an even longer time. And then our agent said that we had a chemistry read with Robert Downey Jr. and I was really excited for that.  So we flew out to North Carolina where we filmed the movie.  I was looking around for Robert Downey Jr. and I couldn’t find him.  They were just introducing me to everyone.  Then there was a guy with a hat and glasses and I just completely looked past him.  The lady that was introducing me to everyone said “…and you know who this is.”  The guy took off the hat and the glasses..and it was Robert Downey Jr. I mean it was a really good disguise. I don’t know how I missed it.

Q: Were you nervous when you met him?
He actually asked me that. And I said, no, I’m just really excited to meet him.

Q: Who are your biggest role models?
So there’s Robert Downey Jr., Chris Evans and Johnny Depp. That’s it. 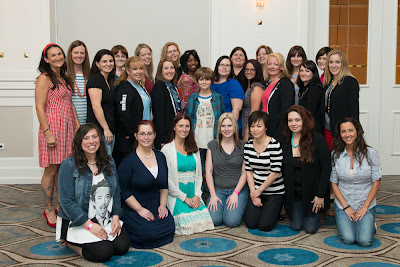