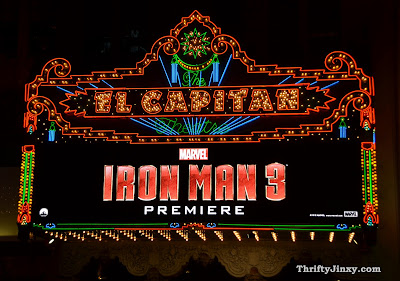 Late last month I attended the Iron Man 3 premiere at the El Capitan Theatre in Hollywood, California.  The next day we returned to the theater for some more fun and a behind-the-scenes look at the theater itself. 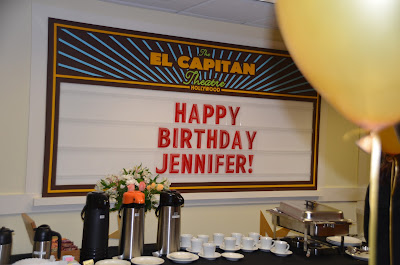 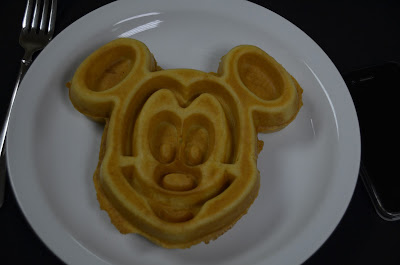 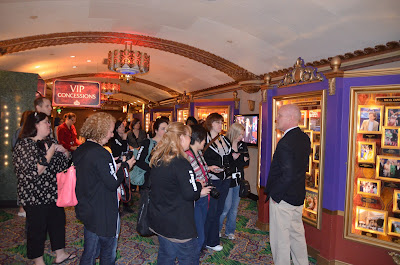 We then moved on for a guided tour led by Ed Collins, General Manager of of The El Capitan Theatre.  The theater was built in 1926 and for the first 15 years of its existence, it did only stage shows.  Stars like Rita Hayworth, Clark Gable and Bob Hope all appeared on its stage.  However, in 1941, the theater played its first movie, “Citizen Kane” which was having difficulty finding a theater to play it because of its unflattering portrait of William Randolph Hearst. The theater was then redesigned and reopened in 1942 as the Paramount. It continued playing first run movies and hosting premieres, but began to look pretty tired after almost 50 years. Disney came to El Capitan Paramount Theater in 1989 and restored it back to the way it looked when it was new.  (I loved all the intricate details that Disney restored to the theater.  The ceilings are all beautiful and ornate and I absolutely loved all the light fixtures.) 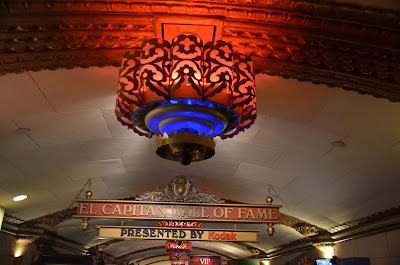 Disney now presents its first run movies along with stage shows to complement them.  Coming up this summer will be Monsters University with a special stage show featuring Mike and Sully in the MU Pep Rally!

The theater is also filled with fascinating things to see like the Wall of Fame with photos of the theater's history.  One of my favorite things was the display cases in the lobby that hold movie memorabilia.  Currently they are displaying costumes and props from OZ the Great and Powerful.  They are so beautiful! 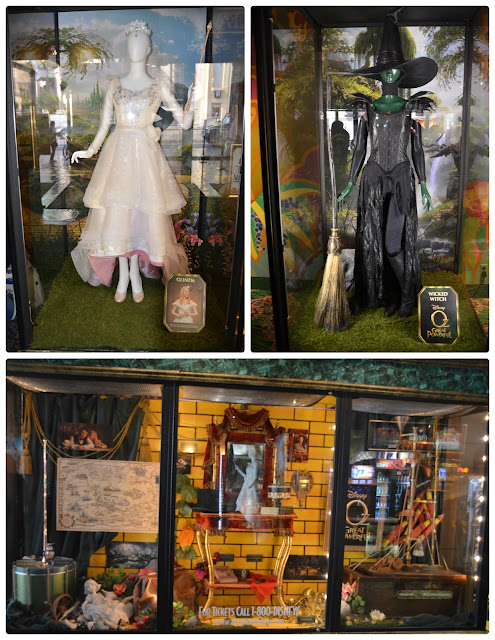 If you'll be in LA for a visit, here are a few things you will want to know: 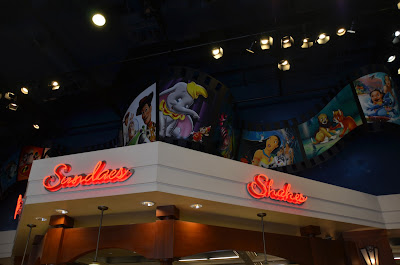 After our tour, we headed next door to the Disney Soda Fountain and Studio Store.  It's the perfect place to grab a treat before or after a movie or just as a break from exploring Hollywood Boulevard.   All the classic soda fountain favorites like cones, sundaes, shakes, malts and more are available.

While you enjoy your yummy treats, check out the décor.  Around the ceiling is a filmstrip depicting all the Disney video/DVD home releases in order.  See if you can name them all.  You'll also find signed photos of all the celebrities who have made a stop at the Soda Fountain.  Once you're done, you can also shop in the Disney Studio Store where  the have a big selection of old, new and hard-to-find Disney DVDs/Blu-rays, along with exclusive Disney merchandise. 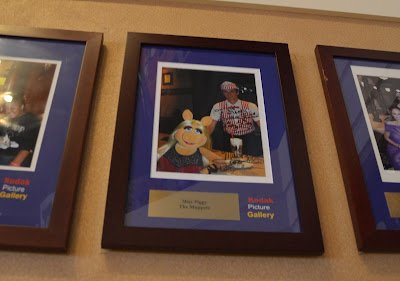