My cat Sammy does a lot of things that are not only crazy and rambunctious, but only dangerous. He's just that kind of cat. But, you wouldn't believe how shocked I was when ten minutes before I sat down to write this post about window treatment safety for cats and kids and Sammy did this: 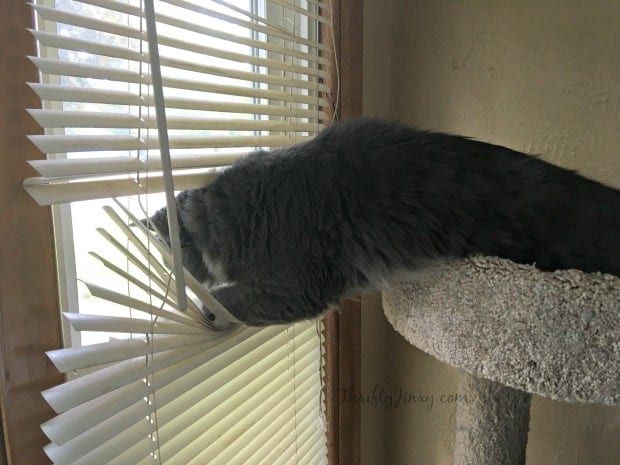 Actually, I shouldn't have been all that surprised. If there is a toy he will play with it and if there is a bug he will chase it. That is exactly what happened in this instance. At first I thought it was just being typical oddball Sammy causing trouble, but when I took a closer look he had spotted a fly on the window and decided to get to it in the quickest (and most destructive) way possible – right through the blinds. 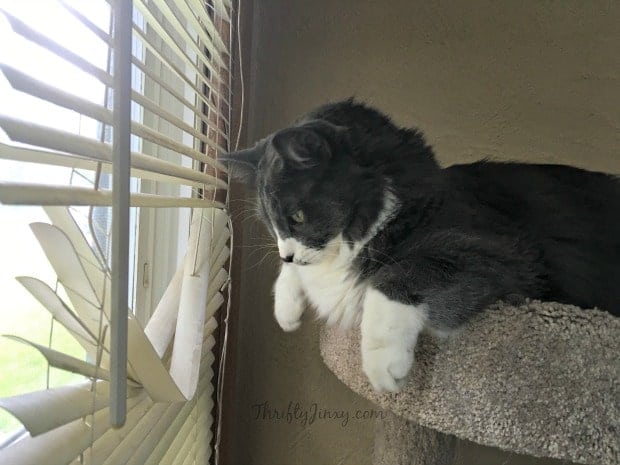 Sammy and blinds have quite history. One of his first fascinations as a kitten was with the cords of our blinds. Every time we went to open or close them, he would run to the window so he could use his paws to bat at the cord after it was finished lowering or raising the blinds. Thanks to his kitten ways we have frayed and/or broken cords on several blinds. 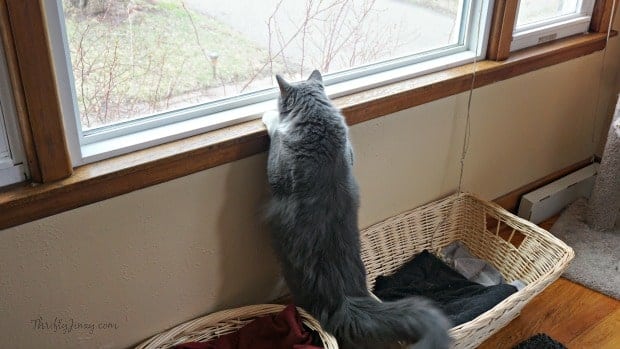 Because of Sammy's destructive habits, we put off the task of purchasing blinds until he grew out of those crazy kitten ways. Well, almost two years later he still hasn't grown out of it, I have come to realize the danger of those corded blinds to our cats (not to mention those blinds look beat up and horrible anyway). I would be devastated if anything happened to Sammy or one of the other cats. All that leads to the decision that WE NEED NEW BLINDS NOW! 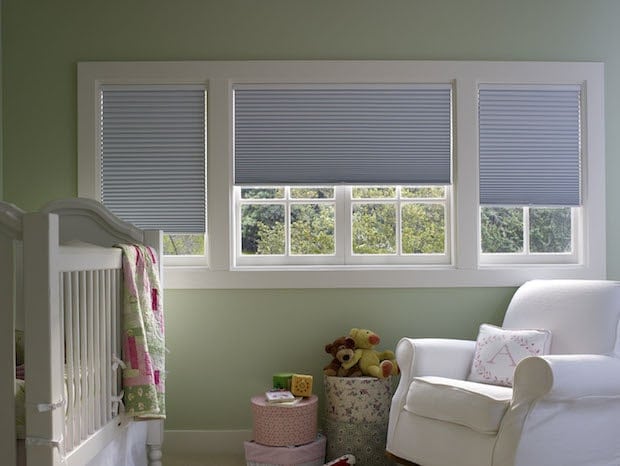 While I always new a cat's playfulness could do damage to blinds, I don't think I ever realized how dangerous those cords could be to my cats, not to mention how dangerous they can be for children. Over 20 children a year in the U.S. (on average) are strangled by a window covering cord. It only takes 15 seconds for a child to lose consciousness and one minute to end a life. I warn you that the following video is a bit graphic, but spotlights this important danger.

Corded products dominate the multi-billion dollar window covering industry. Cord-related accidents are a silent killer of both young kids and pets. Fortunately, these deaths are 100% preventable if proactive measures are taken. SelectBlinds.com has started the #GoCordless Movement to educate and empower families to create homes that are 100 percent child and pet safe by using cordless window coverings.

As part of this movement, SelectBlinds.com has partnered with Parents for Window Blind Safety for the Project Cordless giveaway. You can nominate a family to receive an upgrade to an entire home, apartment, military housing unit or daycare facility with cordless window coverings at no charge. To make a nomination, submit a 30-second video at www.selectblinds.com/gocordless.html#ProjectCordless.