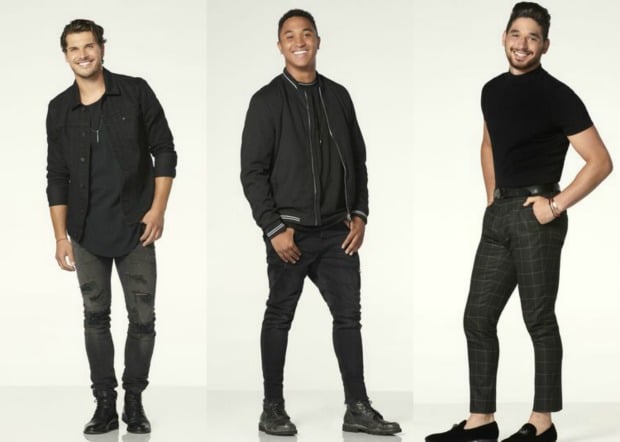 Just before Halloween, I had a chance to meet with “Dancing with the Stars” pros and “Dancing with the Stars: Juniors” mentors Brandon Armstrong, Alan Bersten and Gleb Savchenko. We met at Gleb’s dance studio, Pro Dance LA, which he owns with his wife Elena Samodanova. It’s a beautiful studio and I so wish I lived in LA and could take lessons there! 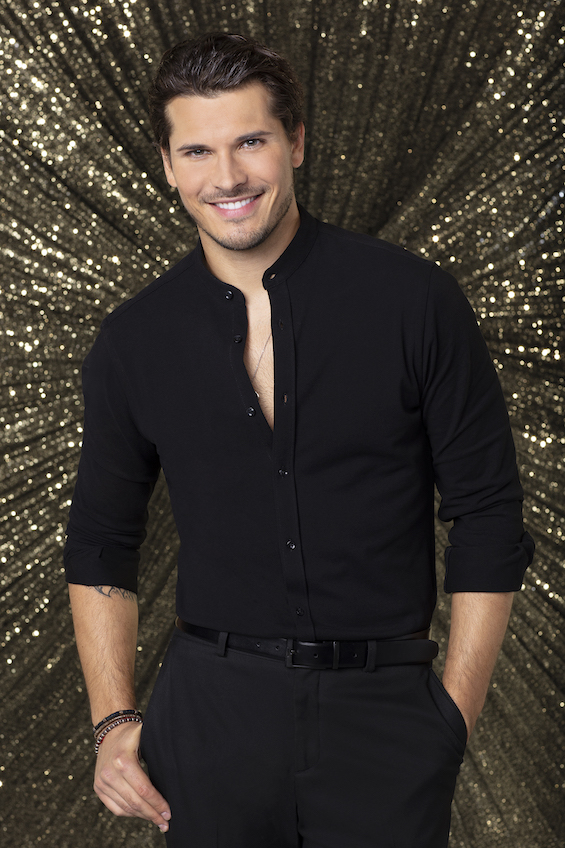 The hour we spent at Pro Dance LA was one of the most fun hours I have spent on a press trip. Not only did the guys answer all of our DTWS questions, they also gave us a dance lesson! (But I’ll share more about that later.) 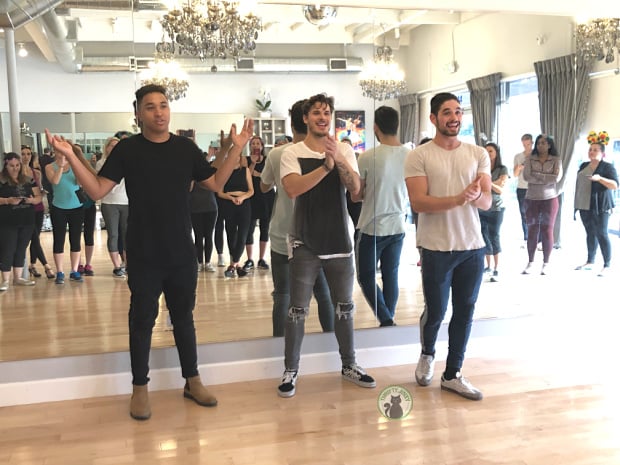 Gleb said, “I mainly train in ballroom, but when I started to do the show I picked up all the different styles we do – contemporary, jazz, hip-hop – but mainly ballroom.

Alan joked, “I’ve never danced before. I don’t know why I’m here”. But then let us know that actually, “I danced ballroom since I was seven years old and then I did So You Think You Can Dance and that really broadened my horizons. And now I’m lucky enough to be with these guys on Dancing with The Stars. And every day we learn something new and it’s a lot of fun. So, even though we’re professionals on the show we’re still learning new styles and every time we get a new song. We’re changing things up.” 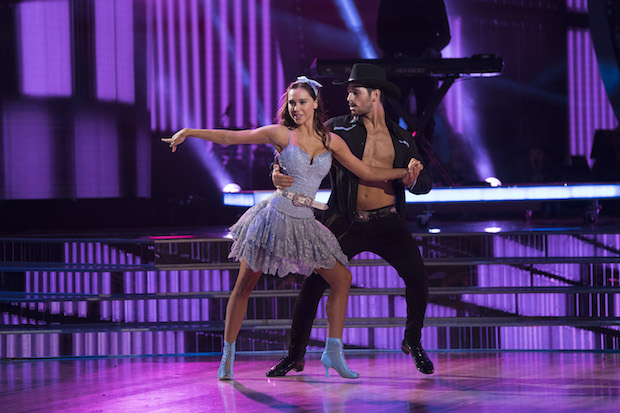 There is a lot that goes into creating those dances we see every week and I had no idea how much of that is created by the pros themselves. Alan explained, “on this show, you’re not just the dancer. You’re not just a choreographer. You’re like directing your own video and you’re giving the camera angles that you like. You create the costumes. You’re a psychiatrist.”

All three stressed that they are teaching, as Brandon said, “people who are renowned at what they do. Like DeMarcus Ware is on the show right now. He’s a Hall of Fame football player. So, when you’re teaching him, you don’t want to treat him like a kid.” Alan explained, “These people are the best at what they do, but they are so vulnerable dancing. So, it’s like we have to be there as a support system and their trainer. 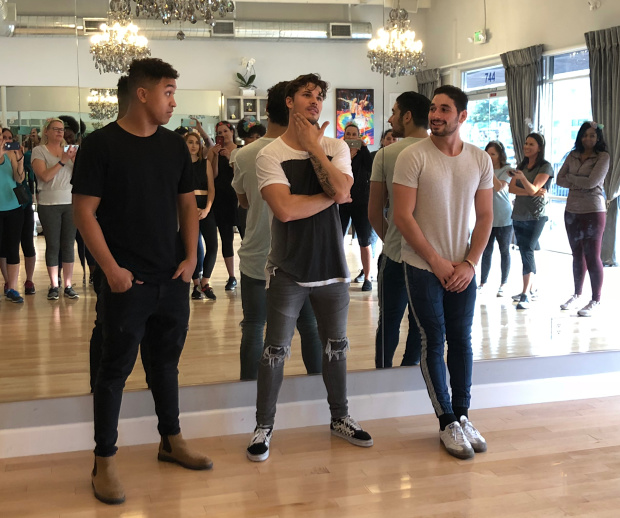 About Working with Kids vs. Adults

“I think it was an experience that really enlightened all of us.”, said Alan. “You know, when we’re on the show with adults there’s a lot of pressure because we’re in it. We’re in it with them. We’re going on this journey with them. With the kids, we’re able to kind of stand back and let the kids go on a journey and really help as much as we can without actually being in it.”

Gleb added that “But it’s definitely much more nerve-racking because you stand back and don’t perform.” “Now we can’t really do anything but watch,” said Alan. 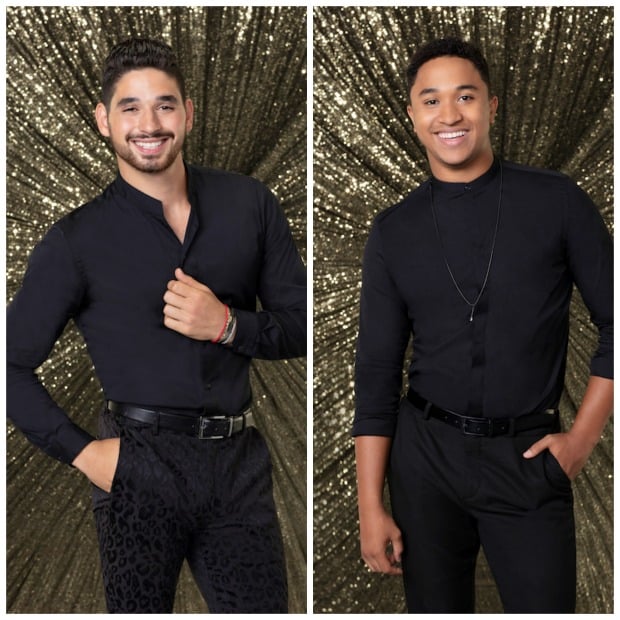 Brandon: “Never give up.”

Gleb: “Never give up. Just push forward. Anything is possible.”

Alan: “If you can dream it, you can achieve it.” 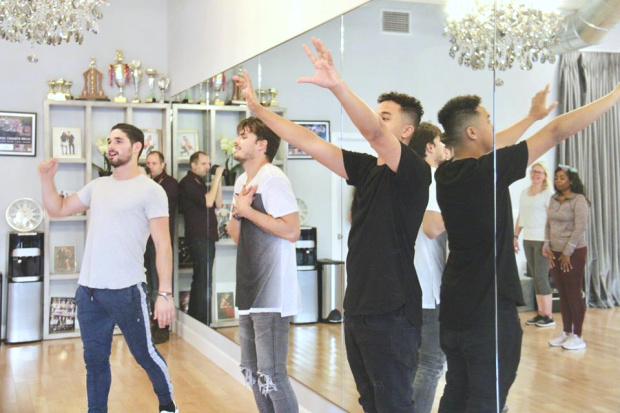 Next, all 3 of the pros first walked us through a dance lesson. While they were super funny and silly while chatting, they got serious when it came down to dancing!

I think my highlight was when Gleb started to waltz with me for a few bars of the song. I may have actually felt a bit faint! 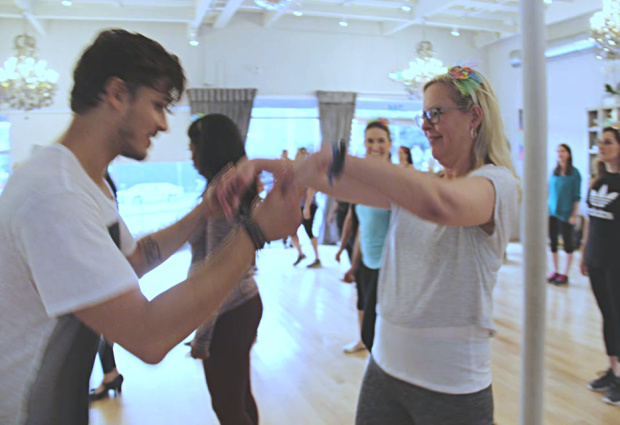 After learning the dance as a large group, we broke down into three smaller groups, each with our own dance pro. Brandon was the pro for my group and he gave us our own spin on the dance routine, adding a pretty curtsy at the end. Check out our performance:

A HUGE thank you to Brandon, Gleb and Alan for making the day so amazing! 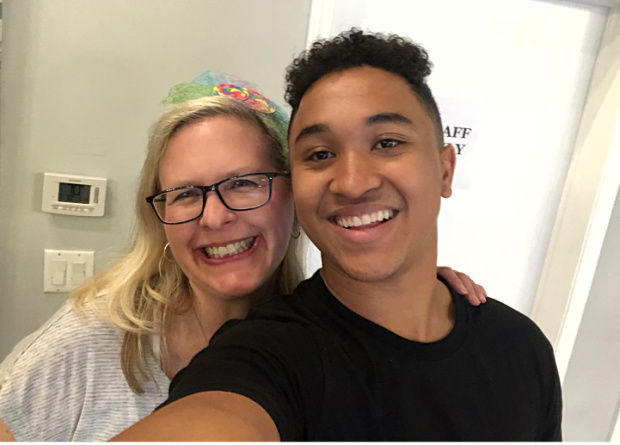 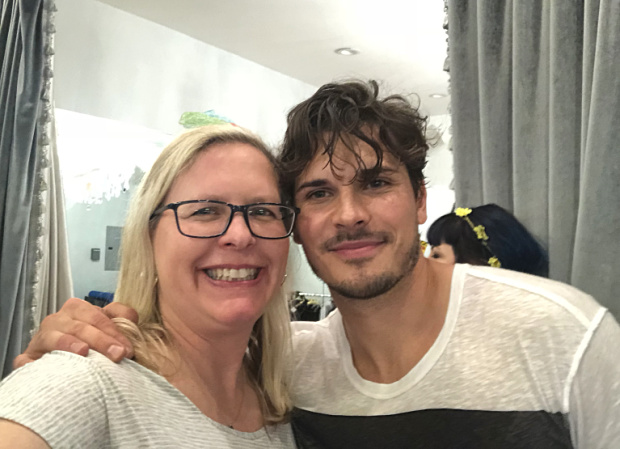 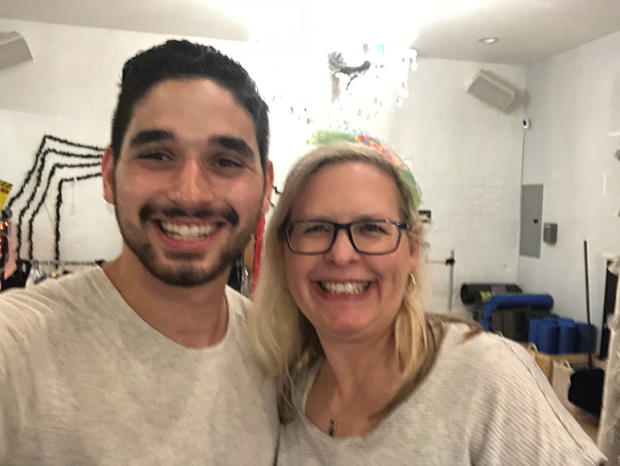 Dancing with the Stars Tour: This winter, you can catch the DWTS Pros on the road with “Dancing with the Stars: Live! – A Night to Remember”. I’m super excited that they’ll be coming to Minneapolis in February. You can see if their coming to your city and buy tickets HERE. The tour delivers a spectacular night of show-stopping dance performances from world-renowned dancers including Brandon Armstrong, Alan Bersten, Witney Carson, Artem Chigvintsev, Val Chmerkovskiy, Sasha Farber, Jenna Johnson, Gleb Savchenko, Emma Slater, Hayley Erbert and Britt Stewart, with more surprise casting to be announced. 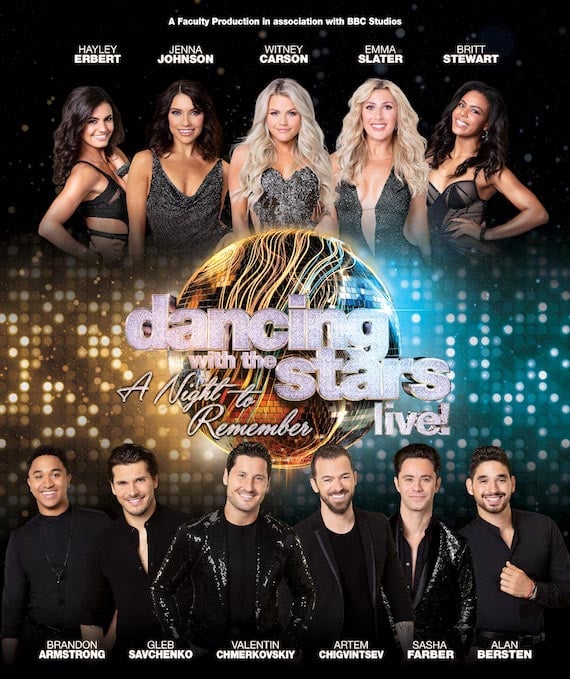 I am a huge fan of the new “Dancing with the Stars: Juniors”. The kids are so adorable and I just love their hard work and determination and how they have so much FUN at the same time! This weekend’s episode is “Juniors Choice”. The seven remaining celebrity kids have each been tasked with choosing the song they will dance to. Be sure to tune in SUNDAY, NOV. 11 (8:00-9:00 p.m. EST), on The ABC Television Network, streaming and on demand. 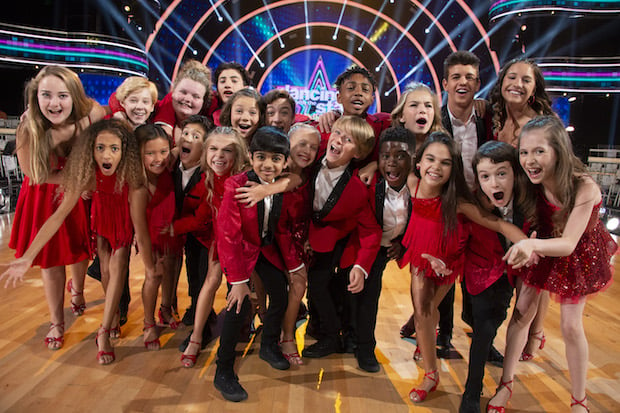 The next episode of “Dancing with the Stars” is the “Semi-Finals”!! The six remaining couples advance to the “Semi-Finals” as the competition heats up in anticipation of next week’s crowning of the coveted Mirrorball trophy on “Dancing with the Stars,” live on MONDAY, NOV. 12 (8:00-10:00 p.m. EST), on The ABC Television Network, streaming and on demand. 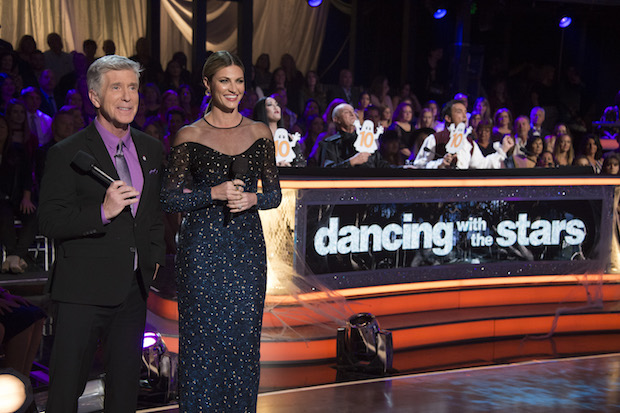