For all the latest direct to your inbox
the latest
Home » Entertainment » The Crossing ABC: An Interview with the Producers and 5 Mysteries We Want Solved!

If you're looking for a new drama with lots of mystery, check out the series premiere of “The Crossing” TONIGHT, Monday, April 2 (10:00-11:00 p.m. EDT), on ABC, streaming and on demand. A few months ago I had a chance to interview The Crossing's Executive Producers Dan Dworkin and Jay Beattie at ABC Studios. When we spoke to them, we had just watched an early version of the pilot which left us with LOTS of questions for them. And I'm sure YOU will have lots of questions too after watching the series premiere tonight. Hopefully some of your answers will be below! 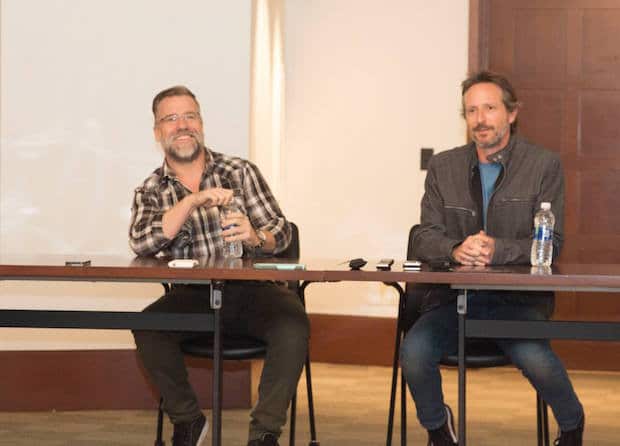 Before we get to the interview, let's get a bit of the background about what The Crossing is actually about. A highlight is that it tars Steve Zahn as Jude Ellis,  the sheriff of Port Canaan, a small fishing town on the Oregon coast. Jude has relocated from Oakland, California, as an attempt to escape both his strained marriage and his dark past as a big city cop. he is now trying to build a quiet new life for himself and for, eventually, his young son.

All of his plans for a quiet life change in a hurry when a group of refugees from a war-torn country wash up on his beach seeking asylum. But the BIG TWIST is that the country they're from is actually America … and the war they are escaping is 180 years in the future. The feds from the Department of Homeland Security, led by Emma Ren (Sandrine Holt), immediately show up in Port Canaan to try to get to the bottom of the refugee situation, but Jude decides to start his own investigation along with his loyal deputy, Nestor Rosario (Rick Gomez). 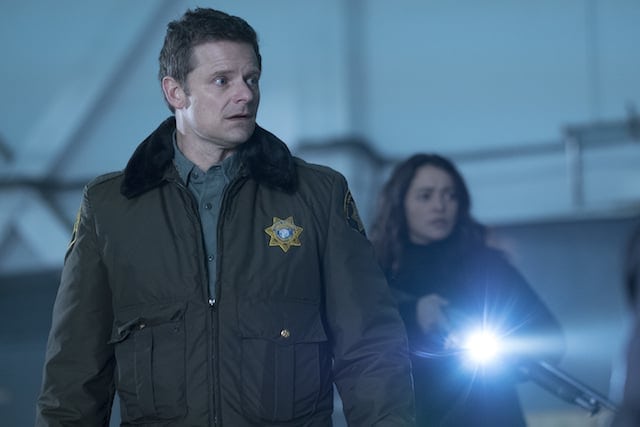 What Inspired the Concept for THE CROSSING?

Dan Dworkin said the concept for the series started with a photograph. He said, “It was one of the many photos that we were kind of besieged by every day in the press of refugees. And it was very specifically a photo of a dad who had come from Syria to Greece and had crossed the Mediterranean in a raft and, by the looks of him, barely made it. The photo won a Pulitzer last year, so you would probably recognize it. It’s a father holding his little boy and just the look on the gu's face, as a father, killed me. And that was kind of the spark initially. That’s when I emailed Jay and said, ‘Refugees.' We don’t normally write straight ahead, ripped-from-the-headlines dramas. We usually like to put a little spin on it. So, we figured out a way to put a spin on the refugee story and that was this.” 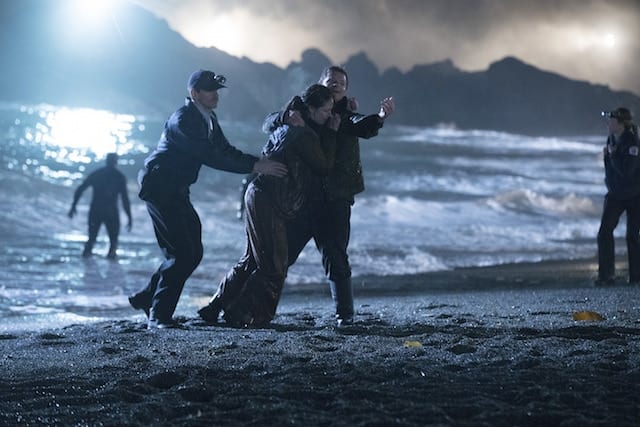 About Time Travel in THE CROSSING:

Another influence on the show was Ray Bradbury. Dan Dworkin said “He has written a couple of really interesting time travel stories, which impressed themselves on me at a very young age and always stuck with me. Initially, when you say time travel when you’re trying to brainstorm ideas for TV shows, there can be a little bit of a gag reflex because it’s an incredibly challenging sub-genre of storytelling because it can get very confusing and you can go down enormous rabbit holes when you’re trying to discuss the mechanics of time travel and paradoxes. But we talked about a way to do it very simply and we made a pact early on in the writer’s room to not go down any time travel rabbit holes. Let’s not get into paradoxes. Let’s not get into parallel existences. Let’s not get into things that are going to distract from the stories we’re trying to tell. So, we warmed to the time travel idea early.” 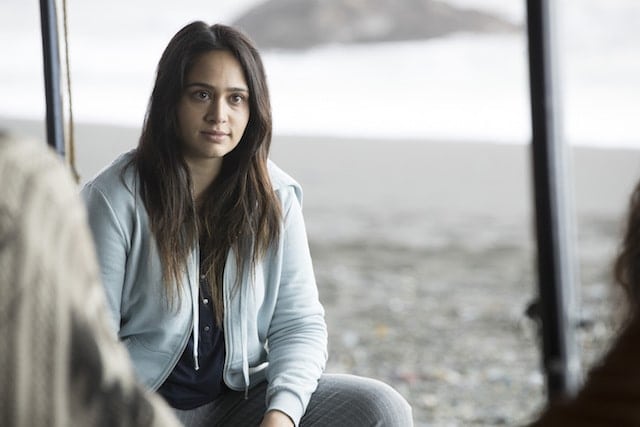 Jay Beattie explained that “the discussion began with how we could tap into what’s happening in the world, but not make it ripped from the headlines. How do we get some distance from it? That's why we dipped into this sci-fi genre because it gives you that distance from something that’s happening to talk about and explore socially relevant issues. We decided to make these refugees from America to avoid comparisons to refugees coming from different countries and different religions and really focus on the people and the experience they’re going to have here as refugees versus any sort of sociopolitical baggage that might come along with it.” 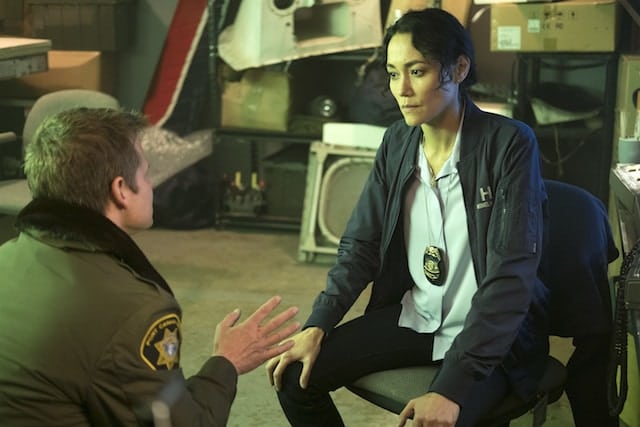 How many episodes are in Season One? – Eleven

Where was The Crossing Filmed? – Vancouver

On what ABC show did Dan Dworkin and Jay Beattie first work? – Dragnet

How many refugees arrive in Port Canaan? – 47

What is The Crossing rated? – This program carries a TV-PG, LV parental guideline. 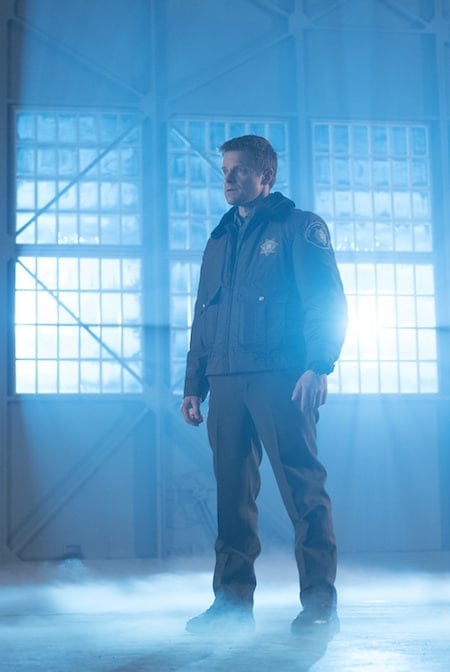 After watching just the pilot for ABCs The Crossing, there are sooooo many questions and mysteries that have opened themselves up. I know lots of us want to know the answers and hopefully a few of the answers will come soon. Here are the top 5:

5 Mysteries in ABC's the Crossing – We want answers!