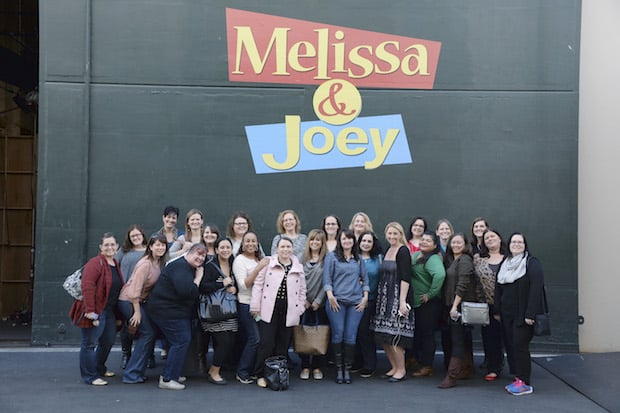 When you sit on your couch and watch your favorite shows on TV, do you ever wonder what it’s like to actually make those shows? Well, a few weeks ago I was on the set of ABC Family’s Melissa & Joey and have some “up close and personal” scoop to share with you! 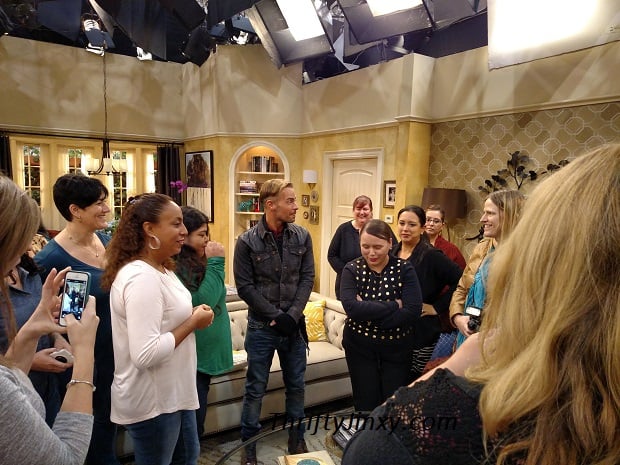 While we were on set, we first watched Melissa Joan Hart (Mel Burke) and Joey Lawrence (Joe Longo) rehearse a scene. Everyone seemed to be in an extra-festive mood since it was the day before Christmas break, but I had the feeling that the atmosphere on set is usually a warm one (sure seems like a fun place to work!)  Joey was filling in the gaps between rehearsing by belting out Christmas songs – yeah, he can sing.

We also saw Melissa Joan Hart rehearse a scene with Taylor Spreitler (Lennox Scanlon). It was interesting to see them work through their lines and movements and see changes made along the way. What is originally on the script is not always what makes it onto camera. For example, Taylor was supposed to go to the refrigerator to pull out pancakes and then go back to the kitchen table and start eating them. There were on the spot decisions as to where she would sit, what she would put on the pancakes, etc. etc. These are all tiny things, but the goal is to make it look realistic so your concentration isn’t broken because you think “Why is she doing THAT?!?!” 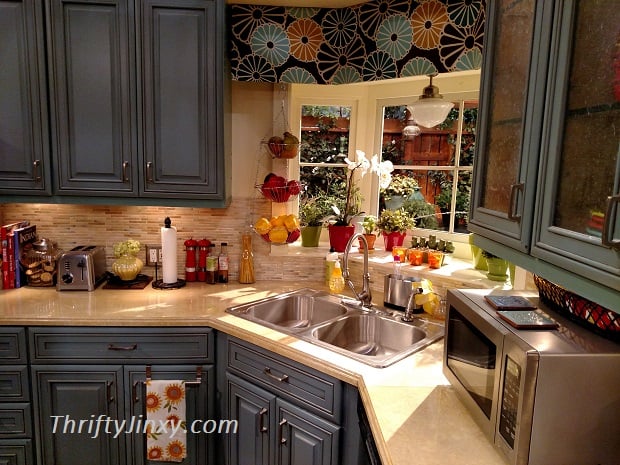 The show is taped with a live studio audience on Fridays, but occasionally there are “touch ups” that need to be done to individual scenes. On the day we visited Greer Grammer (Kelsey Grammer’s daughter and Miss Golden Globe 2015) had to re-do the audio for a scene that was recorded with heavy footsteps in the background. She had to repeat the line over and over and over again until it matched perfectly with the previously recorded video. (She was totally adorable, by the way!) 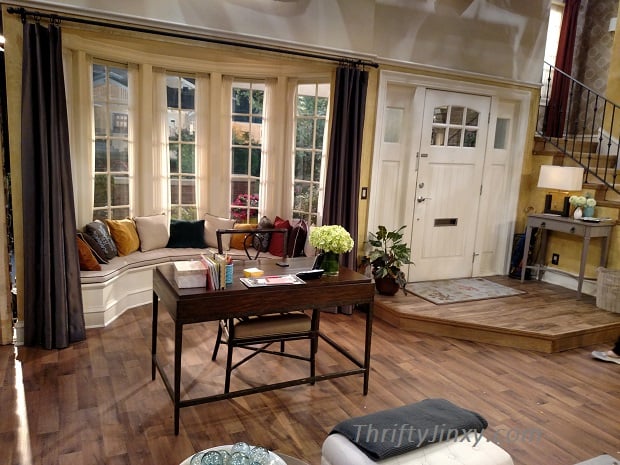 As far as the set goes, I just have to say that I LOVE the way that the Melissa & Joey home is decorated. I would move right in there if it wasn’t for the fact that it isn’t actually a real home at all, but just a bunch of half-rooms created on a sound stage. Their set designers do an amazing job of creating a beautiful, comfortable home.  While the kitchen is probably my favorite, I just love that front window with bench. 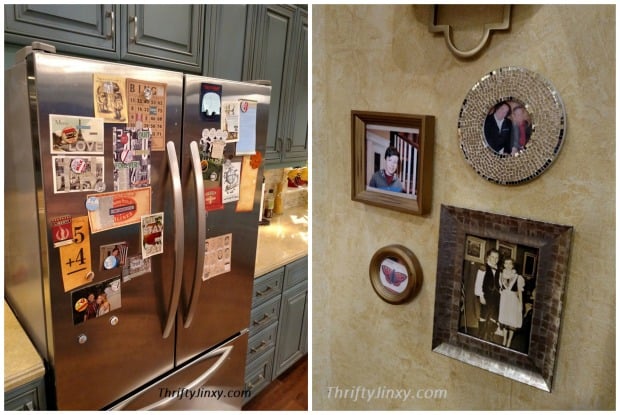 It was also fun to see the little details that go into creating the set. There are lots of pictures on shelves and on the wall and many of them are actual family photos, including pictures of Melissa’s grandparents and snapshots of her on vacation too! 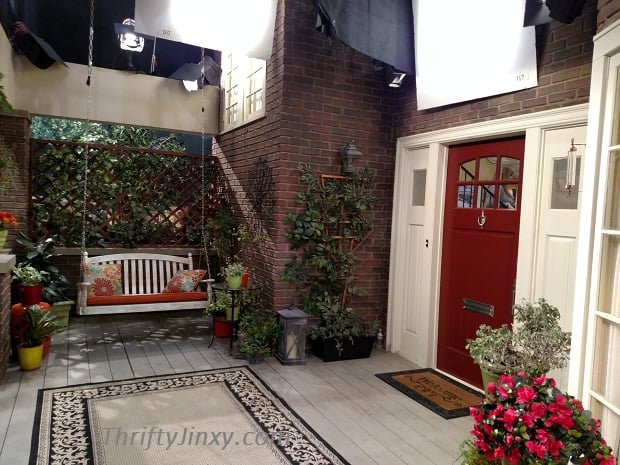 So, how do you think I would do as a visiting guest on Melissa & Joey? I practiced by walking through the front door! 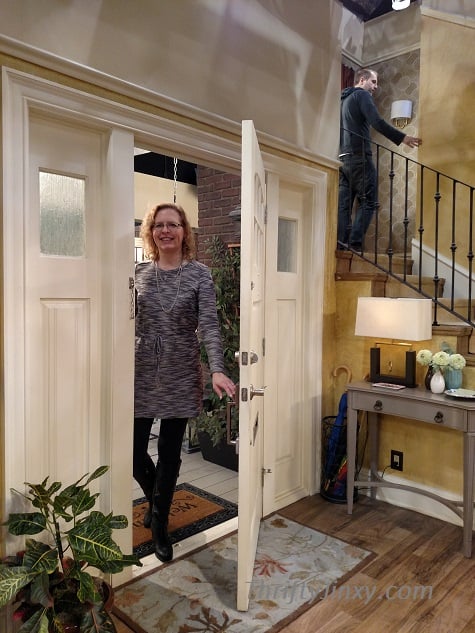 Of course, the real thrill was getting to spend time with Melissa Joan Hart and Joey Lawrence. They were both very, very friendly and funny too! We had time on set to wander around, chat with the stars and take selfies. We also had time for interviews with both Melissa and Joey. I’ll be brining you those next week. 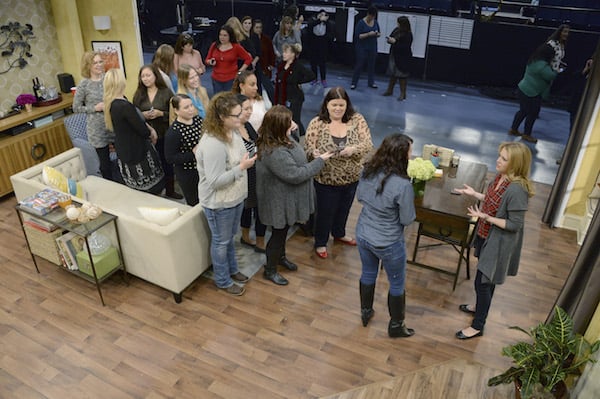 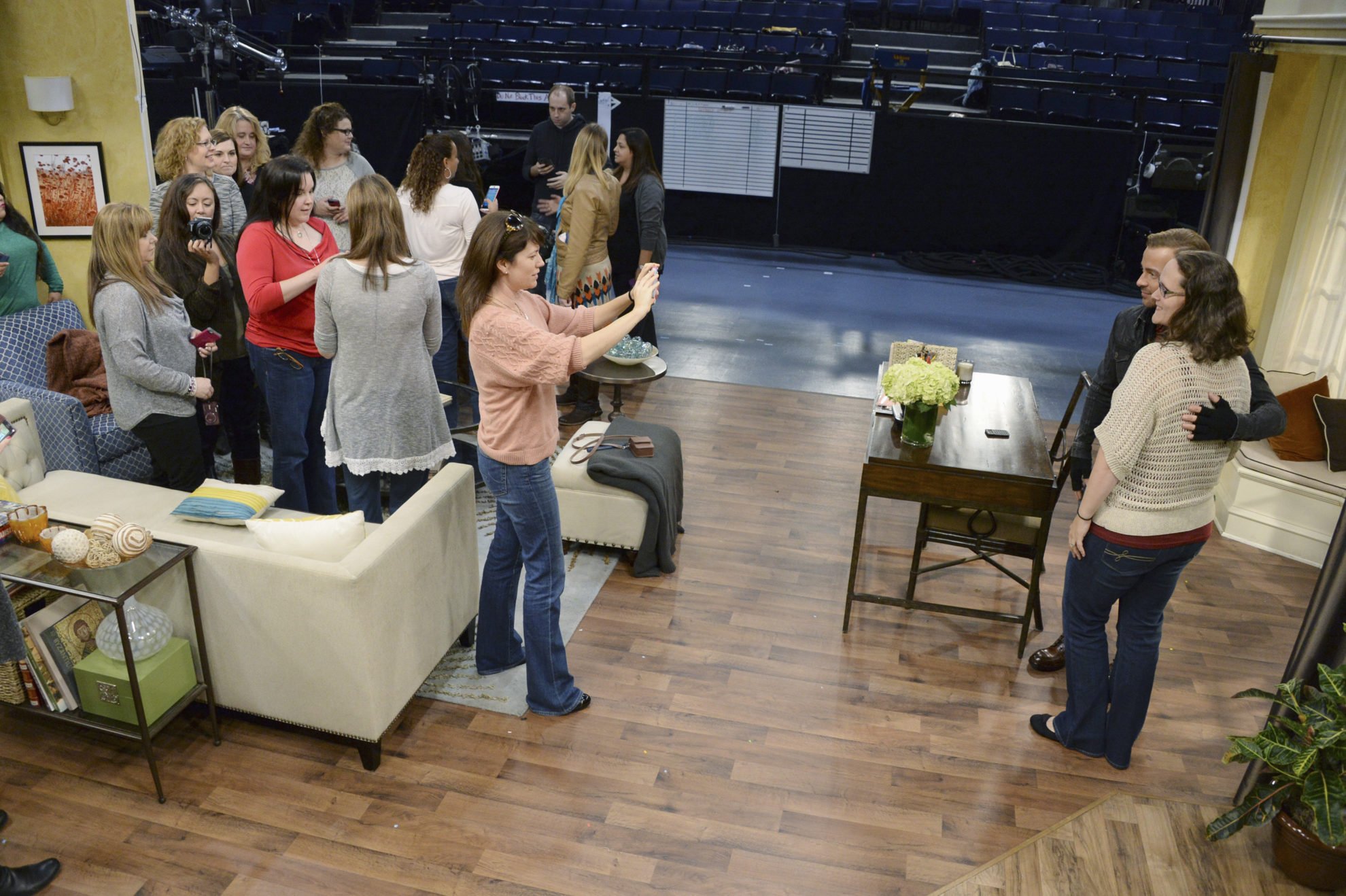 Spending time on the Melissa & Joey set was a blast and I loved meeting them. I would have happily stayed there for the rest of the day. As you can see, Melissa cracked me up! 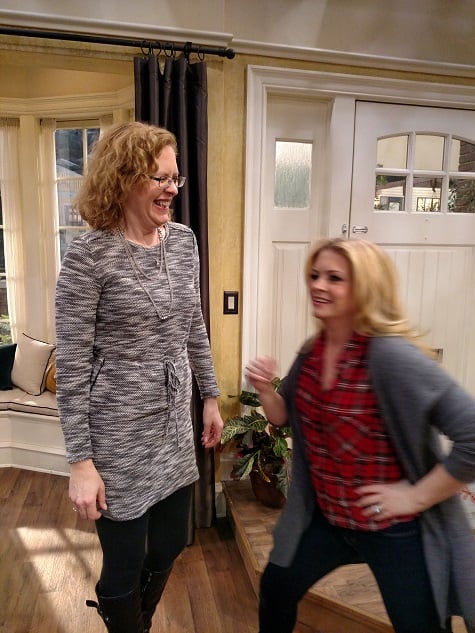 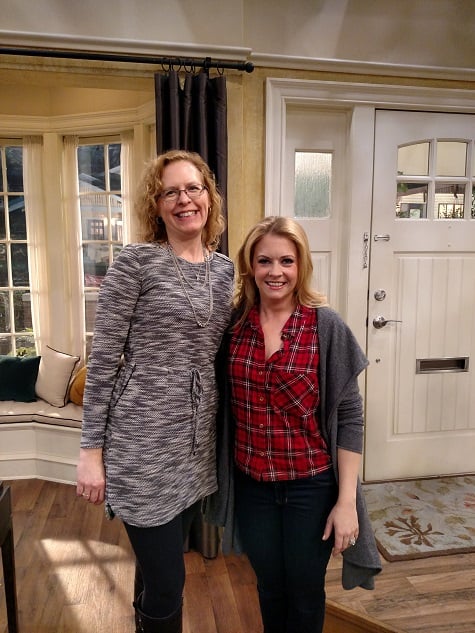 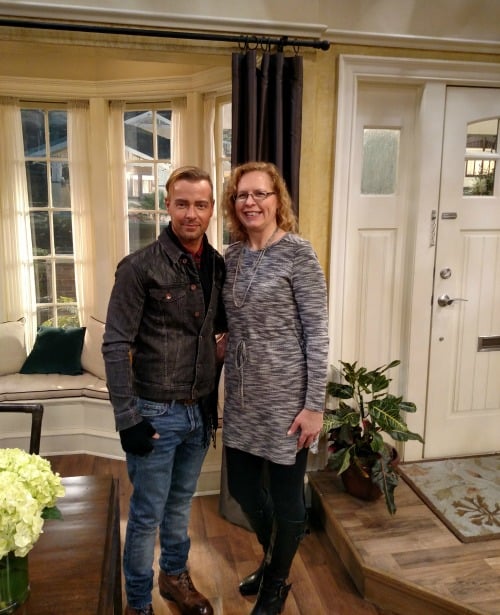