I recently set out to create a brand new dish made out of yummy Tyson and Heinz products that would be perfect for a fun Hasbro Family Game Night.

Since these products include tasty favorites such as chicken nuggets, fries and ketchup…..I immediately thought of one of Mario's favorite foods from days gone past – big ‘ol sandwiches (most of them named with some take-off of the original “Fat Cat” sandwich name) from the “Grease Trucks” at Rutgers University.

Many of his friends went to school there and the sandwiches filled with every type of filling you can think of, often all in just ONE sandwich, are a time-honored tradition.  I used this inspiration for my recipe creation. 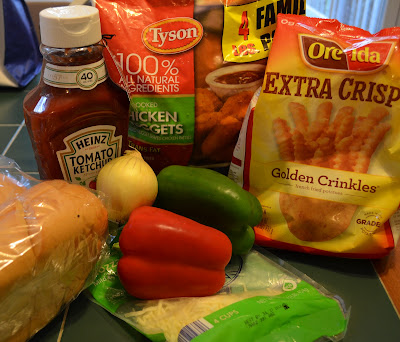 To get started, I headed to Walmart to do some shopping. To create my sandwich I would need Tyson Chicken Nuggets, Heinz Ketchup and Ore Ida French Fries, along with bread, peppers, onions and cheese. 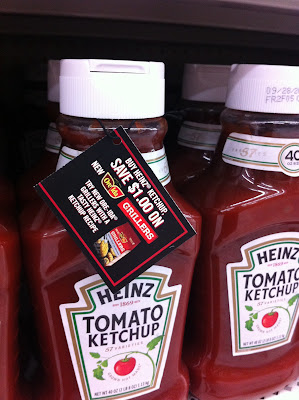 I also headed to the toy section to browse through the Hasbro Games to see what was new and what we needed to amp up our game collection.  You see my entire shopping trip in this Google+ story. 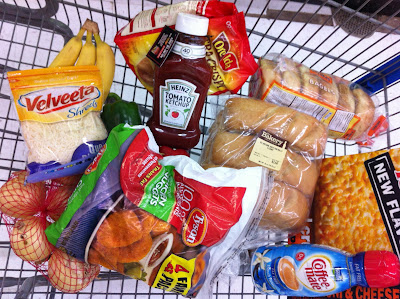 Before I get too much further, I also wanted to tell you about DipToPlay.com.  It's a collaborative effort between Tyson, Heinz, Ore-Ida and Hasbro.  By registering you get a  chance to win a $1000 Hasbro Game Night Grand Prize or 1 of 250 Hasbro game first prizes.  You can enter every day.  Plus, you can unlock and play the Hasbro Game of the Week by entering 3 UPC codes from Tyson, Heinz, and Ore-Ida products. 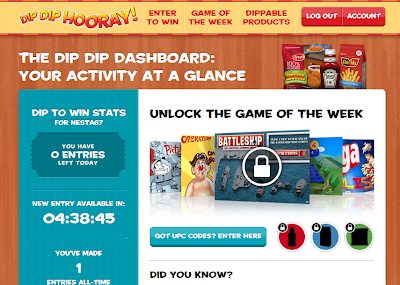 So, I headed home to make my fantastic Dip Dip Hooray Sandwich.  It's actually pretty easy.  I started by putting the Tyson Chicken Nuggets and Ore-Ida Golden Crinkle Fries in the oven to cook. While they were cooking, I sliced up some green peppers and onions and sauteed them in a bit of olive oil, seasoning with salt and pepper. 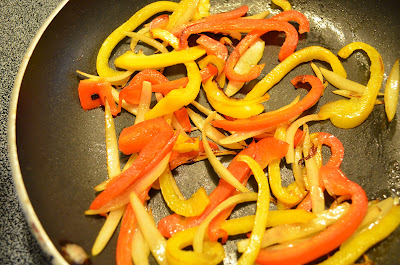 Once the nuggets and fries were ready, it was time to assemble the sandwich starting with them on the bottom.  I then topped them with the onion/pepper mixture, squirted with ketchup, and then sprinkled cheese on the top.   A few minutes under the broiler got the cheese nice and “melty”.

The final sandwich was DELICIOUS (Mario kept saying how awesome it was!) and just perfect to compliment a fun game night with Hasbro games. 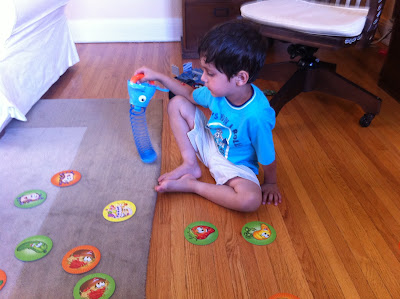 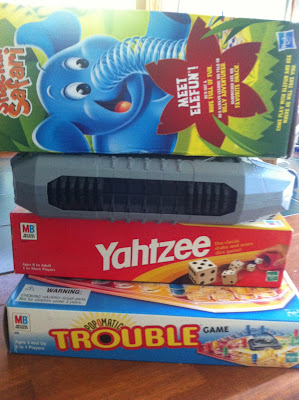