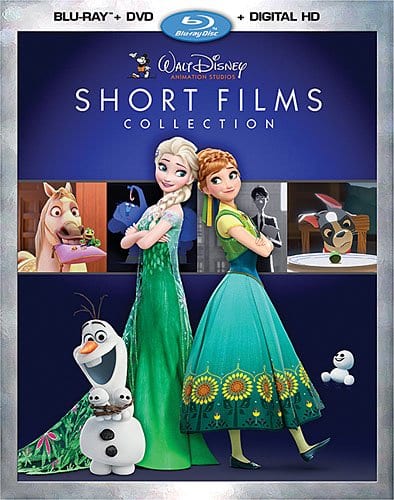 One of my favorite things about going to see a Disney animated film in the theater for the first time is getting to see the new animated short before the feature. It always amazes me at what a fun and/or powerful story they can pack into just a few minutes. Now we have a chance to binge watch some of the best of these short films in the Walt Disney Animation Studios Short Films Collection out today on Disney Movies Anywhere, Digital & Blu-ray. 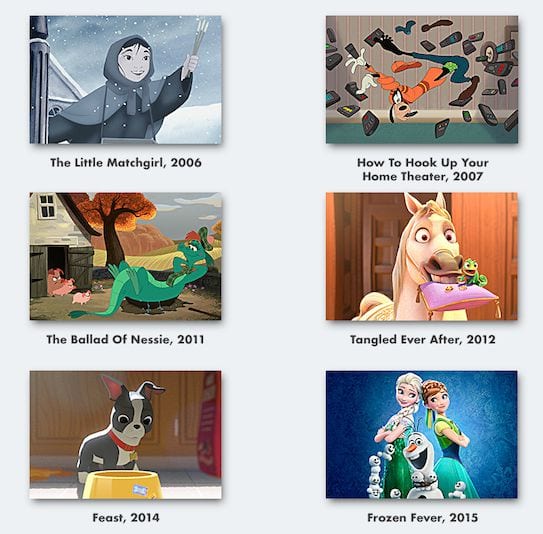 Each short also includes an introduction by its filmmakers. The films and filmmaker introductions included in the collection are: 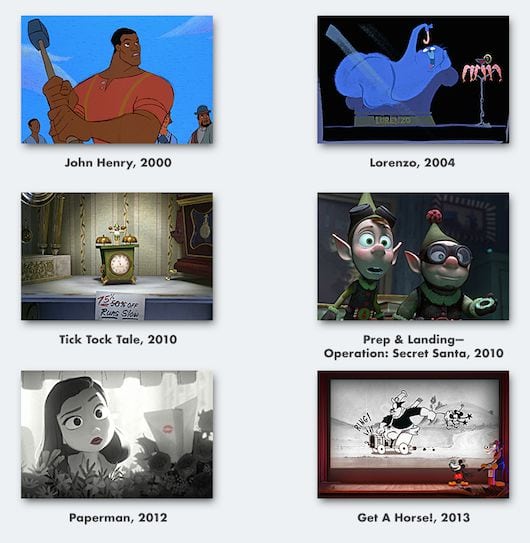 Another bonus feature is @DISNEYANIMATION: A SHORT STORY ON SHORTS:

Continuing a legacy started in the earliest days of the Studio by Walt Disney, the Shorts Program is thriving today at the Animation Studios that bears his name, producing award-winning shorts that tell new stories and experiment with artistic and technical innovations. This latest chapter in the @DisneyAnimation series gives us an inside look at the process of developing and producing a short. Hosted by actor/comedian T.J. Miller (voice of “Fred,” Big Hero 6), we will meet a few of the artists and filmmakers who make the shorts, and learn why they are such an important part of the fabric of Walt Disney Animation Studios. Round Table Panelists include Lauren MacMullan (Get A Horse!), Mike Gabriel (Lorenzo), Kristina Reed (Feast, Paperman), Stevie Wermers-Skelton and Kevin Deters (the team behind The Ballad of Nessie, Prep & Landing: Operation Secret Santa, How to Hook Up Your Home Theater).

I love that all of these shorts are brought together in the one volume. It's a treat watching some of my recent favorites like Feast and Get a Horse! again. Now we have a chance for one of you readers to win the collection too!