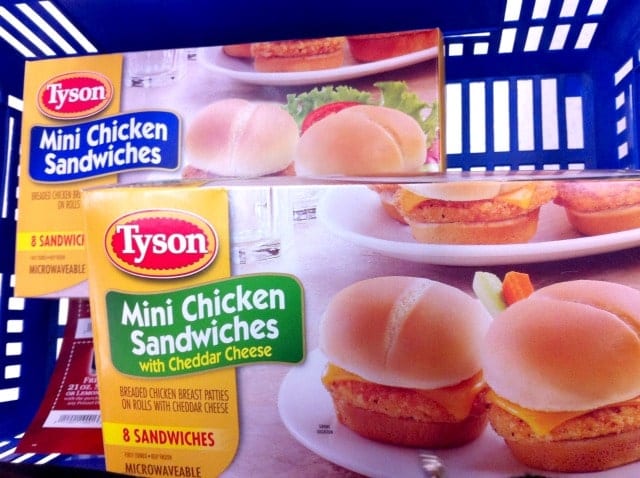 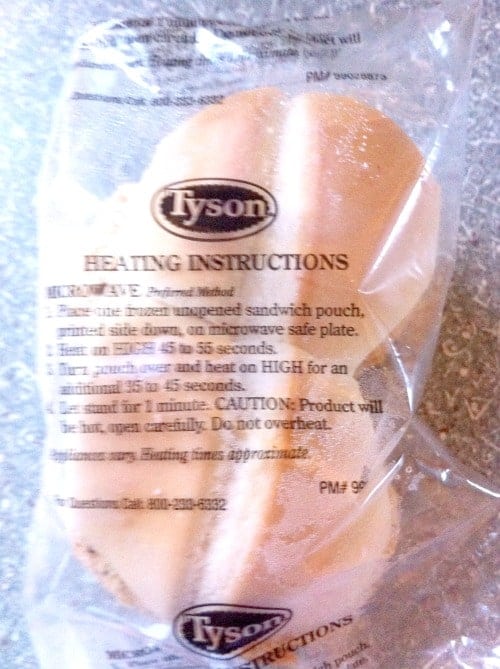 The next thing to do was to decide how I would make them into a breakfast.  I don't think I have ever had chicken for breakfast before.  But then I was hit with inspiration – a Chicken and Waffles theme!  I took that and made my own Monte Cristo Style Mini Chicken Sandwiches with Syrup.  To make them, I first had to cook the sandwiches.  The instructions are right on the bag (as well as on the box).  Just pop them in the microwave for about a minute, flip the bag and cook on the other side about a minute. 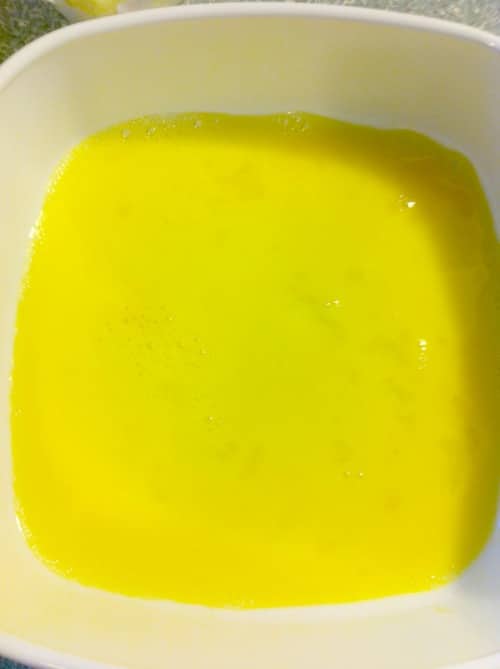 Next I mixed up a quick batter with just a whisked egg with 2 Tbsp of milk and a pinch of salt.  I flattened the sandwiches with my hand and then dipped them into the mixture, just like I was making french toast or a Monte Cristo sandwich.  Next, I melted a little butter in a pan and added the sandwiches to cook on each side until browned.

Once it was finished, I served them up with a little dipping cup of syrup.  They were surprisingly good!   Mario looked at it a bit skeptically at first, but then ate it right up.  To round out the meal, they can be served with orange slices or other fruit and a glass of milk. 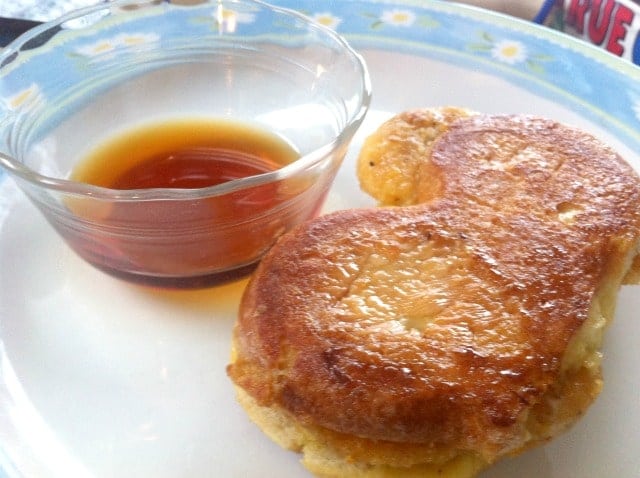 To find Tyson Mini Chicken Sandwiches at a Walmart in your area, visit TysonGoodness.com.

Disclosure: This shop has been compensated as part of a social shopper insights study for Collective Bias. #CBias Any opinions expressed above are my own.