This post brought to you by Walmart. All opinions are 100% mine. 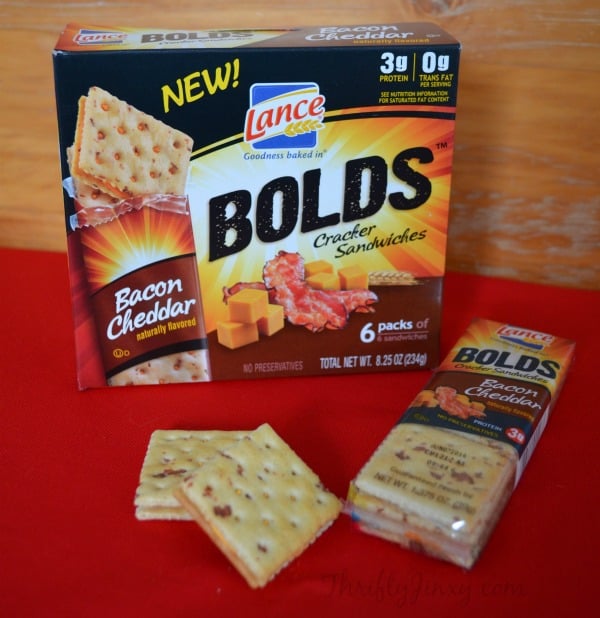 When I’m hungry for a snack, I often find that a big, bold rush of flavor is so much more satisfying than just a boring, humdrum snack.  If you feel the same way, you may want to check out new Lance® Bolds™ Cracker Sandwiches! 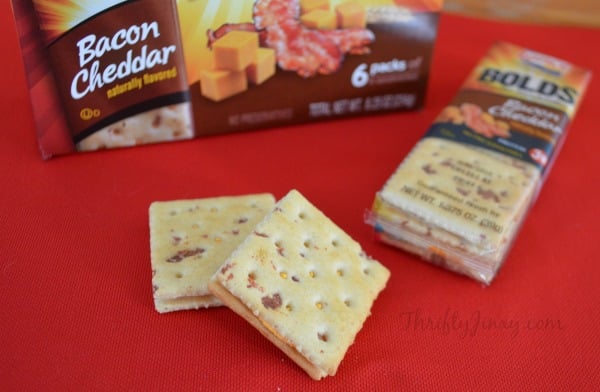 I visited Walmart and picked up a box of the Lance® Bolds™ Bacon Cheddar Cracker Sandwiches because I LOVE cheese and I LOVE bacon!  I wasn’t quite sure how that would  translate into a cracker, but I was pleasantly surprised.  The bacon flavor is baked right into the crispy, crunchy cracker.  Then there is a layer of yummy cheese layered between the crackers.  When the tastes all come together it’s a great blend.

I totally see why they use the tag line Bolds Fuel You.  Lance® Bolds™ really are filling!  Usually when I have crackers as a snack I’m hungry again a few minutes later.  With the 3g of protein it kept me satisfied for a while.  This will be a great snack for me to throw in my purse when I’m headed out of the house and know I don’t have time for a meal and will have to wait a while before I eat again. 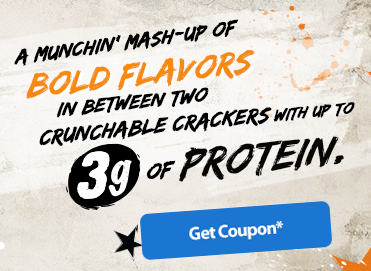 Lance® Bolds™ is also offering an awesome Lance® Snacks Bolds™ Fuel You Sweepstakes! There are some amazing prizes to be won including BMX bikes, skateboard, DCShoes.com gift cards and Lance branded stickers. The Grand Prize is a VIP trip for four to Austin, TX for the X-Games!! Sweepstakes ends June 8, 2014 at 11:59 p.m. ET.