For all the latest direct to your inbox
the latest
Home » Entertainment » The Mysteries of Laura: An Interview with Women Who Make It Happen 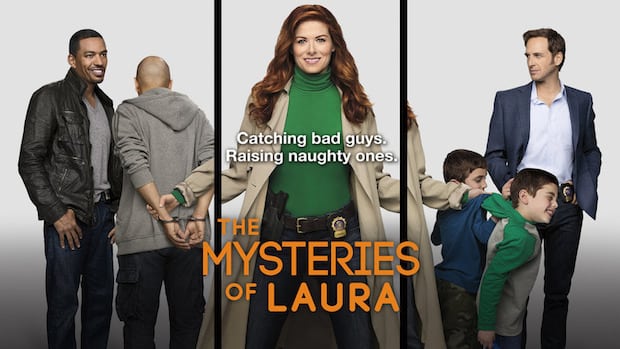 I know I wasn't the only one excited to see Debra Messing returning to our living rooms this season as the star of NBC's The Mysteries of Laura. The show is back this Wednesday with all-new episodes.

To let you in on a little bit of what goes into creating this show, Amanda Green (Co-EP), Margaret Easley (Writer) and Laura Putney (Writer) took some time to answer questions from bloggers.

When it came to having Debra Messing starring, did you know you wanted her or did she audition for the role?

Amanda Green: Debra Messing does not need to audition for anything. She is, as you probably all know, so iconic and so present. She was a dream. We just felt completely lucky that she was willing to do this show – not the other way around. The great thing I’ll say about having Debra is that she is herself a mom. And having a mom play the part of Laura is just so key, because I’m not saying an actress who isn’t a mother couldn’t handle the role, but Debra brings her own valid, grounded experiences as a parent – as a single parent – to this part. She’s just awesome.

Laura Putney: Yes. I think she’s willing to touch some things that would otherwise be considered third rail. If you don’t have your own kids, sometimes it can be hard to have that edgy approach to child rearing.

Amanda Green: What Laura is saying is that moms make poop jokes.

Laura Putney: Yes. She has been there with the mom fails that we do on the show. And, you know, she gets – she brings a level of experience to it that I think it would be harder for an actress who’s not a mom to do. 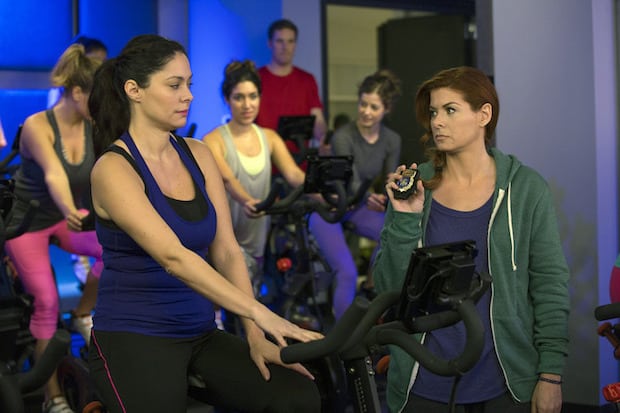 Do you take any experiences from your own life with your children to use for the show?

Amanda Green: I think your question could probably be paraphrased as did we take anything today of our children. It’s pretty constant and chronic, and between the three of us we have seven kids. They are a constant source of inspiration. We would be talking about them even if we didn’t have the twins to write for because that’s what we talk about as mothers – what our kids do. It drives us crazy. It’s adorable. It’s ridiculous. It’s aggravating. It’s why we get up in the morning – why I got up at 5:00 this morning because my daughter just doesn’t get daylight savings time yet. A lot of what we create for the twins do on the show comes straight from what one of our children did that day.

Margaret Easley: In the time we’ve been writing this, there’s been a great turn in my life where I’m at home, at the end of my tether, almost sobbing. And then that little voice in my head goes, “oh, I can totally bring this into the writer’s room.” It’s been a good thing for my parenting.

Amanda Green: To be able to take the crises of our daily life with our children as – or with our mom’s help – and to turn it into art or comedy or relatable drama, is medicine. As Margaret was just saying, it redeems those moments where otherwise you’d be saying “that’s it, put me in a straitjacket and ship me off because I can’t take another minute”, into knowing that you can share that experience and that vulnerability through this show with lots of other moms. And that’s fantastic. 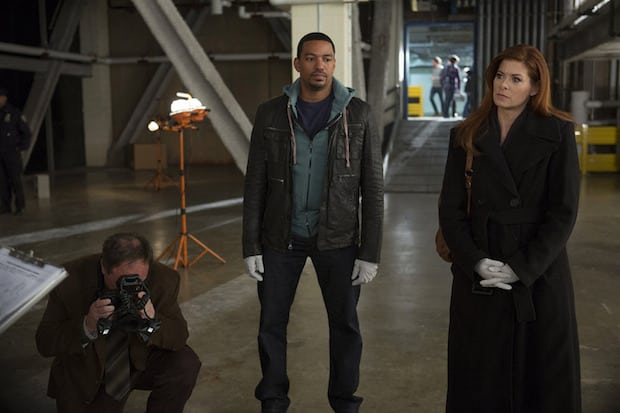 Margaret Easley: I don’t do it very well. So I’m going to turn it over to the other two.

Laura Putney: I don’t think there’s anything different or more glamorous about being a working mom wherever you work. It is always going to be hard. The hours are always going to be long. We like to think about it as basically we’re all always failing someone. You can be a hero at work or you can be a hero at home. You usually can’t be both. And Hollywood is no different from any other workplace, except that most other workplaces have to give you things like maternity leave, which we don’t get. But don’t get me started on that rant. That’s for a different day.

But I think that the hardest thing – and it is not true of this show – is that usually if you are a working mom on the staff of a TV show in Hollywood, you’re usually alone. Writing is not a business where there are a lot of people who are working moms. There are a lot of younger women. There are women whose kids are grown. But working moms are definitely in the minority. The fantastic thing about this show is that instead of working moms being a stigma, it’s a positive.

And this is an atmosphere – I mean not only do we three have kids, lots of the men on this show who are writers are dads. And, you know, we’re all actively involved in our children’s lives and parenting lives. And Jeff Rake is an amazing show runner who actually supports that. I left early yesterday for a parent teacher conference and I wasn’t sneaking out in shame. I had the support of my show runner, which was amazing. But he pops out for his own parent teacher conferences too. So you don’t feel like you're stealing time from the show.

Margaret Easley:  I’m going to weigh in on my bad parenting and juggling. Going off of what Laura said, it’s the micro and macro support of the mom community. Here in the office, Amanda, Laura and I will bring in bags of clothes for each other. All my kids are wearing Amanda’s and Laura’s kids’ clothes. I think it’s a great support group. We’ll come in and share stories in the morning.

Yesterday things went long. Both of my kids got picked up after school by their friends’ parents. I just sent up the bat signal and some other families rushed into to help. Whether it’s Hollywood or not,  you have your village -no matter how small or big it is. TAnd that just makes the whole experience so much better and easier.

Amanda Green: I will just say one last time as clearly as possible, as a mom, working on this show is the best thing ever because being a mom here is an asset. It’s not a negative. It’s not an, “oh, she’s a mom. Should we hire her? She’s probably going to leave early for a parent teacher conference or, you know, have to call in sick because her kid, you know, got strep.” Having that experience, having that juggle, having that insanity is actually an asset. As everyone knows, you know, if you’re not living it, you’re not bringing it to the table every day. 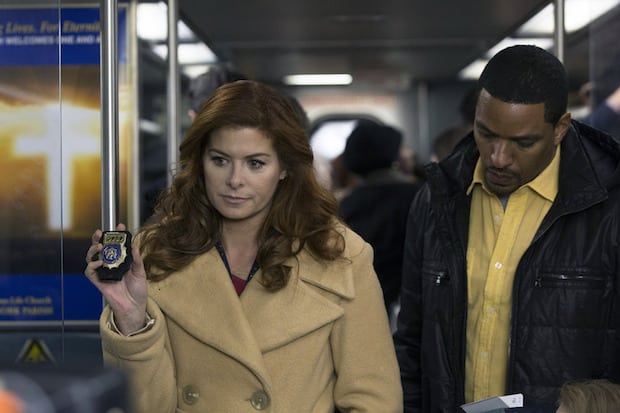 Many women can relate to Laura. Is there someone in particular that inspired her character? Or is it more of a collective of your own lives?

Amanda Green: The show is based on an incredibly popular and successful show in Spain called “Los Misterios de Laura” – literally “the Mysteries of Laura.” Laura is played in very much the same way as our Laura is – as a mom who struggles to find the balance between work and family.

Our stories are all independent. We’re not really adapting the individual episodes of the Spanish show, but we certainly fell in love with the character – flawed, human, struggling – but despite her sometimes cynicism, always ultimately persevering and successful, both as a parent and as a police officer. Beyond the original character,  we all just turn back to our own lives and our own wealth of funny, sad, tragic, pathetic parenting stories.

Laura Putney: I think Debra brings a lot of that to the table too, and had a lot to do with shaping this character as a mom. This is very much who she is. One of the things we often talk about is – what’s Laura going to pull out of her purse? It might be a gun. It might be a juice box. It might be a ninja. That is something we can all relate to -being moms and having those bags that seem to contain a ridiculous amount of stuff – most of which has nothing with to do with life. There was an episode earlier in the season where Billy’s character gets injured and she reaches into her purse and pulls out a maxi pad and slaps it on his injury – because we all know there’s one of those in the bottom of the bag somewhere. 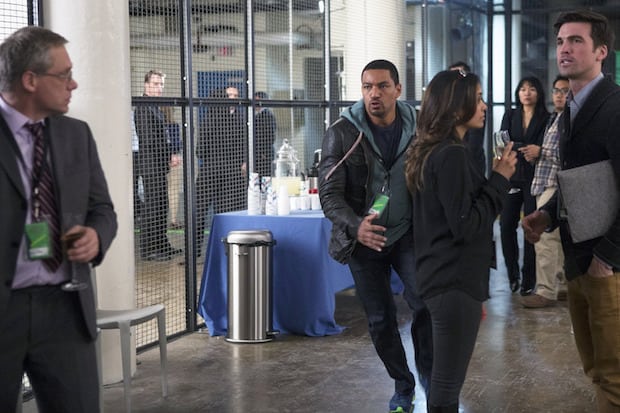 In Hollywood we used to only see the perfect housewives and perfect mothers like Donna Reed. We're finally now seeing real moms and real parents like in this series who don’t have everything together – that are real life. Do you see this trend continuing in entertainment?

Amanda Green: I really hope so and I think the audience proves it out. There are a lot of women out there who need to see themselves reflected in media and it’s not just moms. It’s everything. The amazing boom in diversity on TV screens speaks to the need of all of us to see ourselves reflected -not just one race, one ethnicity, one dress size, one hair style.

I’m really hoping the Donna Reed days don’t come back because as classic as 50s television was, shows like that make 99% of the population feel bad about themselves because their house isn’t clean, because their hair isn’t done, because they don’t fit into a size 2 dress without triple Spanx.

I think we need to see parents of all sort of types across the spectrum that encompass parents of all forms and people who are finding solutions that aren’t the same. The first step is voting with our viewership, because that’s what makes people sit up and take notice. If people are watching Debra Messing play a working mom with chaos and paint chips and schmutz on her blouse or spit up, that sends a signal that this is a new way of looking at motherhood and the networks will listen.

Laura Putney: And I – this is Laura – I would add it’s not just the 50s and Donna Reed. You could bring that forward, you know, because I’m just thinking of the shows that I sort of grew up with. And it was, you know, Mrs. Cosby of the Cosby Show or, you know, Little House on the Prairie – went all the way through the 70s and the 80s.

We’re just now I think coming as you suggest in your question to the notion that that’s not real. But those characters and that ideal of motherhood is in the back of our minds. And it does make us critical of ourselves, and feel like we, you know, that we’re failing because there’s an unrealistic ideal that’s been set up. 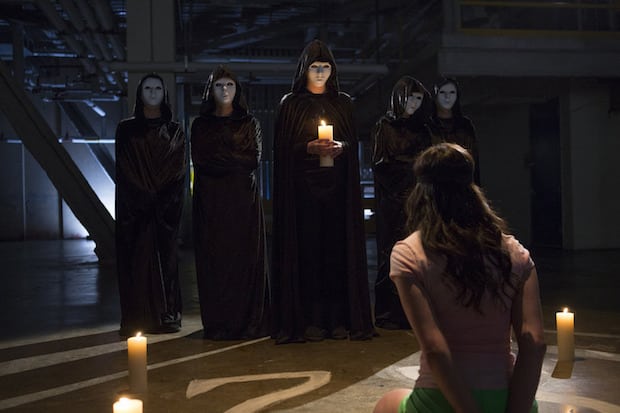 Watch The Mysteries of Laura Wednesdays on NBC 8/7c. Be sure to tune in this week, March 25, to see what this eerie picture is all about! Find out more on Twitter and Facebook.