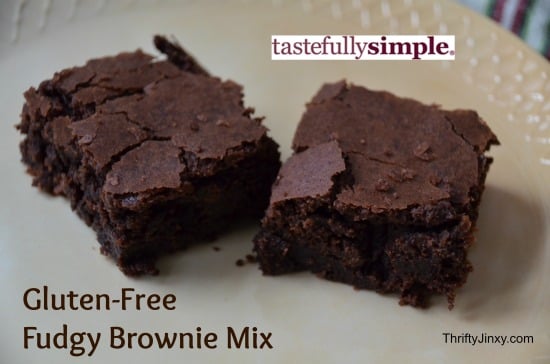 Tastefully Simple understands that there are certain delicious baked goods that people want to eat, even if they are on a gluten-free diet. They have leant a helping hand by adding four gluten-free products to their offerings.

The first Tastefully Simple product I was ever introduced to was their Bountiful Beer Bread Mix® and it's a popular favorite.  They now offer a Gluten-Free Beer Bread Mix as well.  All you have to do is add gluten-free beer and an egg, then bake!  Also available are the Gluten-Free Cinnamon Apple Cake Mix and the Gluten-Free Vanilla Bean Pound Cake Mix. 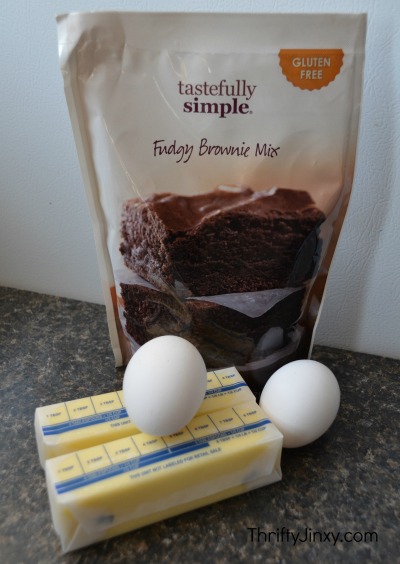 So, as I said, I did not have high hopes for the Gluten-Free Fudgy Brownie Mix, but I agreed to go ahead and give it a try.  Making the brownies was really simple.  All I had to do to prepare them was to simply add 2 eggs and 3/4 cup of butter (1 1/2 sticks).  I stirred it up, spread it into a greased baking dish and popped it in the oven.

What emerged were crispy on the top, gooey in the middle fudgy brownies.  Even though they looked good I was still reluctant to try them.  But, when I did I was happily surprised.  They were definitely better than any gluten-free treat I have had in the past with a very moist, chocolatey flavor.  Tastefully Simple did a good job with this mix. 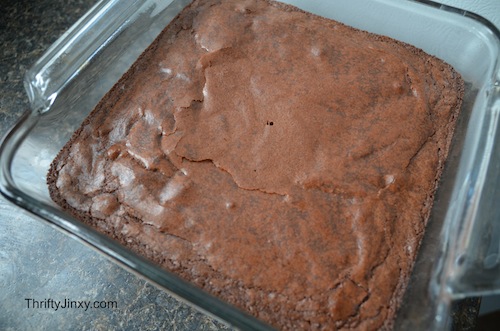