Director J.J. Abrams says, “We are so excited to finally share the cast of Star Wars: Episode VII. It is both thrilling and surreal to watch the beloved original cast and these brilliant new performers come together to bring this world to life, once again. We start shooting in a couple of weeks, and everyone is doing their best to make the fans proud.”

Star Wars: Episode VII is being directed by J.J. Abrams from a screenplay by Lawrence Kasdan and Abrams. Kathleen Kennedy, J.J. Abrams, and Bryan Burk are producing, and John Williams returns as the composer.

Exciting, right?!?! I'm also excited that I'll be in Los Angeles for STAR WARS DAY (May the 4th) as a guest of Disney XD. We will be celebrating all things STAR WARS, in honor of the upcoming release of the all-new animated series STAR WARS REBELS! We’ll even see a sneak peek of footage from STAR WARS REBELS which will be premiering on the Disney Channel and Disney XD in the fall. In the next few weeks I’ll be getting a bit more insider information to share about STAR WARS REBELS, so be on the lookout!

Want some Star Wars fun to celebrate the announcement?  Check out these fun Star Wars activities including recipes, crafts and more: 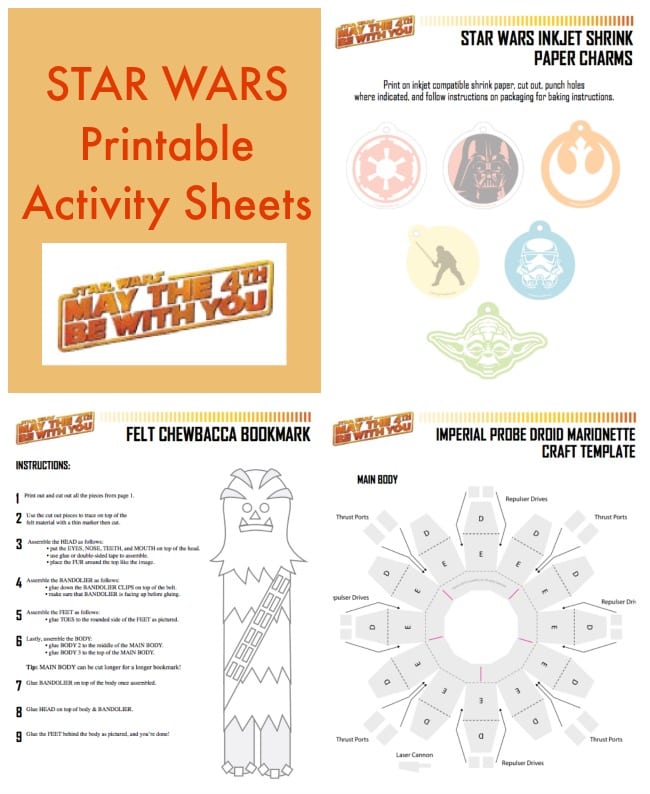