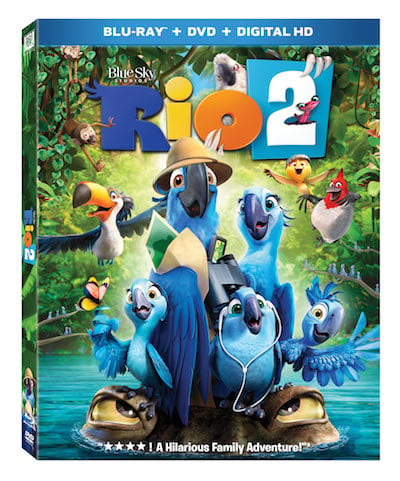 It looks like Fox Home Entertainment is giving me a fun birthday present by releasing Rio 2 on Blu-ray and DVD on MY birthday, July 15th! We saw Rio 2 in the theater and it's so fun that we can't wait to see it again.

Whether or not you have already seen Rio 2, you'll need to get ready to shake your tail feathers as the cast of the animated hit comedy Rio returns — along with a new flock of all-star voice talent, including Bruno Mars, Kristin Chenoweth, Andy Garcia and more — in this high-flying sequel for the whole family. The party continues when Blu (Oscar® nominee Jesse Eisenberg1), Jewel (Oscar® winner Anne Hathaway2) and their three kids take a walk on the wild side and embark on a colorful, comical, music-filled journey through the Amazon. As Blu tries to fit into his new surroundings, he goes beak-to-beak with the villainous Nigel, and meets the most fearsome adversary of all: his father-in-law!

The RIO 2 Blu-ray™ and DVD brings everything you loved from the first Rio, but with even more laughs, excitement and music! Not only will kids get nearly an hour and a half of bonus features on the RIO 2 Blu-ray™, but they’ll also get their groove on with two downloadable bonus songs from the RIO 2 soundtrack: “I Will Survive” and “Poisonous Love,” both performed by Gabi (Kristin Chenoweth) and Nigel (Jemaine Clement). For even more fun, every Blu-ray™ comes with 15 exclusive levels for Angry Birds Rio™ and Music Machine Sing-Along and Dance-Along songs for a whole family party! There’s also Janelle Monáe’s “What is Love” lyric video, a deleted scene, character auditions and much more! 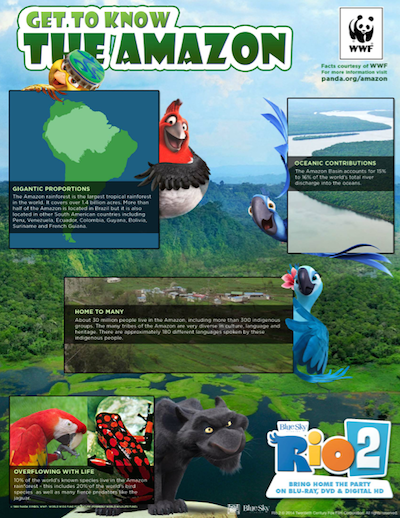 For some extra Rio 2 fun, check out this interesting and entertaining Get to Know the Amazon Fact Sheet. Your kids can learn all about the Amazon and the animals that live there. 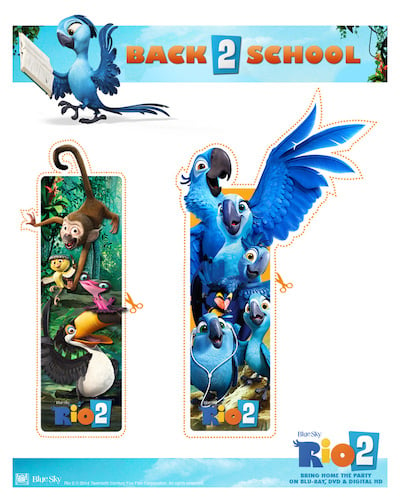 Then for even more fun, print and cut out these Rio 2 bookmarks for back-to-school.

Reader Giveaway:  One lucky Thrifty Jinxy reader will win their own copy of Rio 2 on Blu-ray.  To enter for a chance to win, just complete the entry form below by 11:59pm ET on 8/4/14.  Good luck!