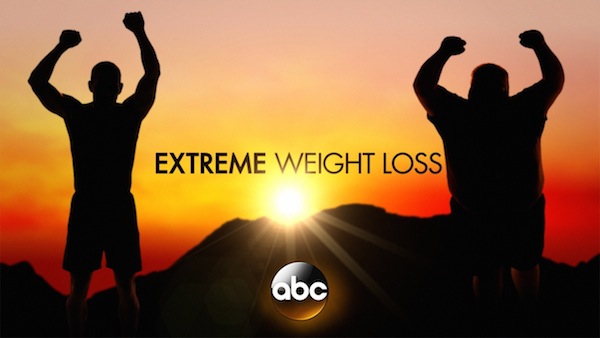 Tonight is the premiere of the fourth season of ABC’s hit series “Extreme Weight Loss”. If you haven't caught previous seasons, the show follows extremely obese individuals over the course of an entire year as they work to shed hundreds of pounds and regain their lives. Earlier this month I had the chance to meet with JD Roth, Executive Producer of “Extreme Weight Loss”. 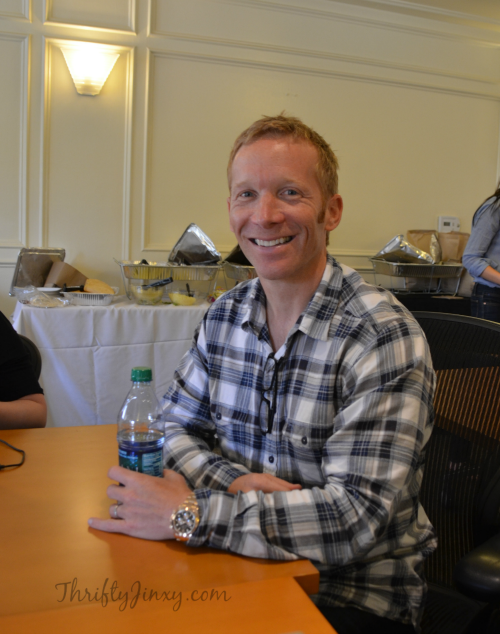 JD:  I go out and I find people that I am passionate about helping them make a change.  It is something I see in them or I believe in them or I just find their story so compelling that I have to help them. One guy you will see this year is named Bruce.  In the last 10 years of weight loss for me, he is the one who has crept the most into my head.  I just couldn't stop thinking about his story.  He was over 400 pounds at 28 years old.  He is an incredible guy.  What he has been through is tragic.  (JD showed us a photograph of his driver's license 10 months ago.)  Last week I was with him and he hasn't had his final weigh-in yet.  I took a picture of him that I am now carrying around with me and showing everyone like he's my child.  I almost want to go to a commercial break right now because it's so good.  I want you to earn it , but I'll give it to you.  (He showed us the new picture and the transformation is astounding!  I wish I had the pictures to share with you, but you'll have to watch the show!)  He lost over 200 pounds.  He'll come in at around 185 -180.  We're already shooting next season – it takes a year.  I hired him to train the next season's people off-camera because I'm so inspired by him.  He's got this great line.  He says the only thing in life that is not hereditary is your attitude.  He told me that when he was over 400 pounds.  He had already lost 50 pounds on his own before I met him.  I thought “This guy is gonna do it.  He just needs someone to help him.”  So we did.

Really, so much of it is education.  Everyone says “I have a fat gene”.  I don't know how many times I have heard that.  You have the bad choices gene.  There is no such thing as the fat gene.  There are the bad choices that everybody makes and that goes on for generations.  Trying to help people change that is really my goal.  I am fascinated by the fact that small changes can help somebody lose over 200 pounds in a year.  That's almost a pound a day!  It's crazy to even contemplate, but its possible.  By the time I get done with these people, a week in only, you can tie a glazed donut around their neck and they wouldn't eat it.  Because I believe in them.  I think that having someone say “You can do this” makes them believe that they can.  I think so many people have told them they can't.  I liken it to being punched in the face so many times in life that they forgot how to throw a punch.  All I do is teach them how to fight and you would be surprised the things in their life they get back because of it.  The show is inspirational to me no matter how many times I watch an episode.  I watch each one about five times before it reaches the air.  It's so potent to me that it gets me going.

Question:  Do you have a background in anything like personal fitness?

JD:  It's an interesting story.  I'm actually in the middle of writing a book right now called “Fathead”.  I don't believe that you need a degree in nutritional biochemistry and you need a degree in working out and physiology.  It's awesome if you do – it's incredible.  But, I believe the whole game is in your head.  That's where you're fat.  The body is just the outcome.  That's what I focus on.  I have zero education in anything except for how to love people and support people.  I don't profess to have any.  I do consume a great deal of educational material on weight loss and exercise.  I do practice what I preach.  I do take courses on plant-based nutrition.  I do watch every movie that has ever been made from “Forks Over Knives” to you name it.  I have my own belief system.  My wife and I are very consumed by this.  This is our life.  It's a really big part of the conversation wherever we go.  When we go to dinner with friends, nobody will ever order until we order.

I don't judge, but I will say that if you have kids they will see what you eat and drink and do the same.  They will never listen to a word you say, but they will watch everything you do.  Every Saturday we give our kids $20 each to go to the farmer's market and buy whatever they want.  You might think we had given them a lottery ticket.  They're buying specially-grown raisins and colored carrots.  They are investigating how they spend their money.  We have a big wood board at home and that day we cut everything up and that's all they eat for the day and they love it.  So they talk to the walnut guy – “How do you get the shells off the walnuts?”  He he tells them about the machine and the lasers they use to break them up.  That makes them want to eat the walnuts.  You can make it as cool as you want to make it.  It is easy to go fast food, no doubt about that, but it's hard to die at 50 and leave your kids without a parent. That's a lot harder.  So, making smart choices now helps in the long run.

Earlier today a woman was telling me that she lives in a very poor neighborhood and no-one can afford anything and a lot of people don't even have cars.  If you can just get ground turkey meat and have a muffin tray and put turkey meat in each muffin cup and bake it on Sunday.  Pull it out, wrap them individually and put it in the refrigerator.  Every day at dinner give your kids two of those.  They're 100 calories each.  Give them some ketchup and stick a sweet potato in the oven.  You can feed them for a whole week for under $10.  My wife will make a rotisserie chicken and she'll use the bones to make chicken soup.  You can be creative.  Your cell smartphone is very powerful.   You can take any three ingredients you have in your kitchen and enter and it comes up with 500 recipes using those ingredients.  There are ways to make excuses and there ways to take advantage of the access to all the things we have.

I don't want to get preachy, but it takes 5,000 gallons of water to grow one pound of beef.  We are destroying the environment just by making steak.  I'm not saying you shouldn't eat steak.  It's fine.  But if you ate half the portion size you eat now and you double the vegetable size on your plate you would save the world overnight if everybody did that. You guys are the ones with the voice.  You're powerful.  You're the advocates.  The reason Walmart carries organic produce now is because people demanded it.  We should be demanding these other things.  We shouldn't have more cancer, auto-immune disease and heart disease than any other country on the planet.  Guess what they eat less of?  Animal protein.  I don't think that everyone should be a vegetarian.  I just think that portions have gotten larger and larger and larger and so have we. 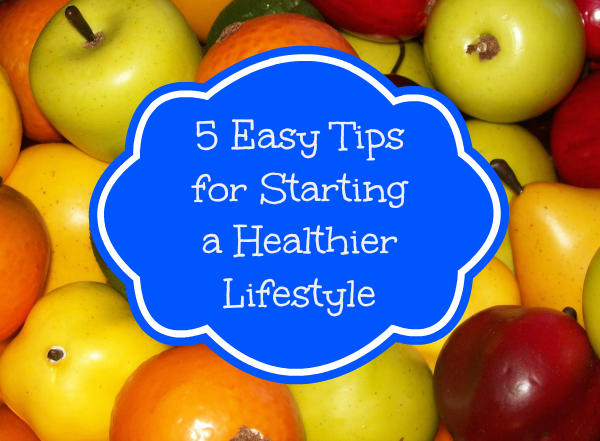 Question:  What advice you could you give to someone starting a healthier lifestyle?

JD:  There are 5 small things you can do:

1.  Never ever drink a calorie.  That includes zero-caloire anything.  Zero-calorie drinks make you crave everything you shouldn't have.

2.  Move after you eat.  By move I don't mean run a marathon.  Talk a walk with your kids.  I find out more about my kid's social life on a walk than any other  time during the day.  Somehow the silence on a walk forces people to interact in a way they don't normally interact.

4.  Make more choices that are fruit vs anything else.  If you need a snack, grab a piece of fruit.

5.  Count up how many packages you open in a week.  i.e. The granola bar you think is so healthy, count that package when you open it.  The following week try to crack half the number.  Instead of cracking that package, grab a piece of fruit or eat something that is grown from the earth.  If you crack open less packages, you're eating less processed food.

About the Show:  Extreme Weight Loss is a unique undertaking that's unlike anything you've ever seen TV. The show documents the amazing makeover of eight courageous, obese individuals who set out to safely lose half of their body weight over the course of a year. The metamorphosis is truly amazing. Trainer/transformation specialist Chris Powell (The 650-Pound Virgin) guides each of the eight participants through the process after moving into their homes. He's there to make sure the participants get the proper nourishment and exercise movement. Chris provides a fresh perspective to individuals whose lives have become unmanageable because of their weight. 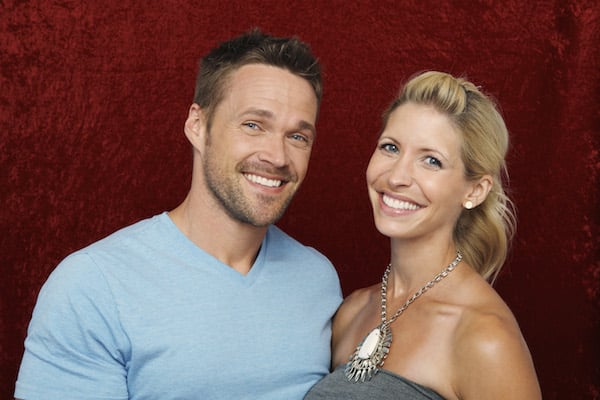 What steps are you taking or do you want to start taking for a healthier lifestyle?