The Hermetic Code Tour of the Manitoba Legislative Building in Winnipeg is the most fascinating building tour you will ever take. 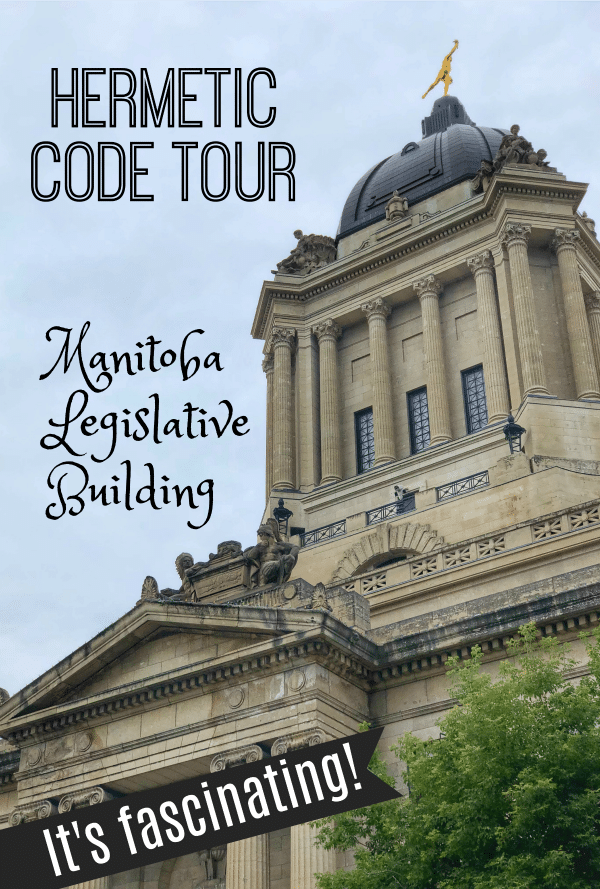 Guided tours can be one of the best ways to experience and learn more about the places we visit. But, frankly, a lot of tours can be a bit boring. That description, however, could NEVER be applied to the Hermetic Code Tour of the Manitoba Legislative Building in Winnipeg. It’s a riveting 90-minute tour that feels more like experiencing a movie filled with suspense and intrigue than it does like your average tour. 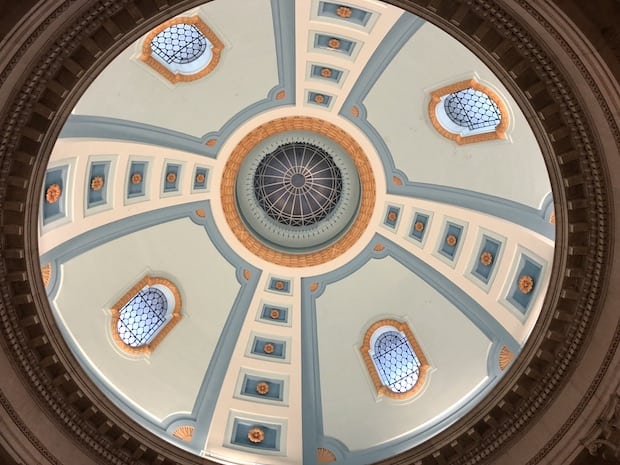 Since 2009, over 40,000 people have taken the Hermetic Code Tour and, after taking it myself, that number doesn’t surprise me at all. Once you have taken the tour you’ll want to tell everyone you know that it’s a MUST when visiting Winnipeg or anwhere within driving distance. 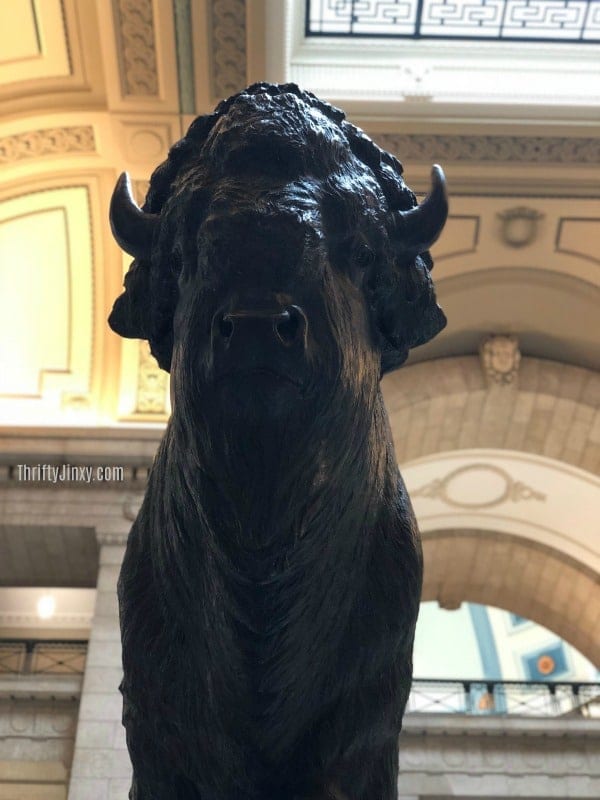 The tour is led by Dr. Frank Albo, who spent ten years and earned four graduate degrees while nurturing his obsession to study the architecture, history and everything else there is to know about this magnificent building. The building itself presents an architectural odyssey through time that holds the secrets of the Freemasonic symbols, hieroglyphic inscriptions and numerological codes. 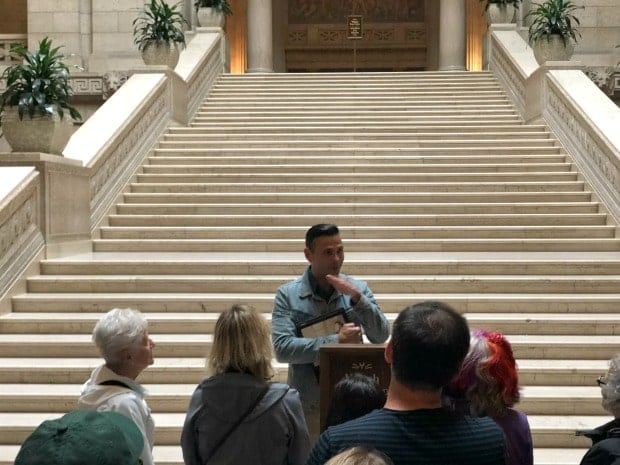 The Manitoba Legislative Building, says Dr. Albo, is a building that masquerades as a house of government, but is designed as a temple. The building’s architect Frank Worthington Simon, said that by visiting and spending time in the legislative building, people would become more intelligent, more balanced and generally more civilized. 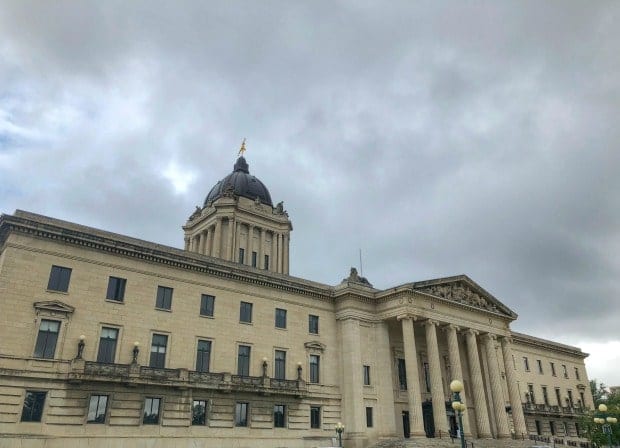 Throughout the tour you learn that the secrets of the building are actually all within plain view (with a few rare exceptions) and you’ll learn how to read the building like a book. It’s surprising that these secrets lay hidden for nearly 100 years. 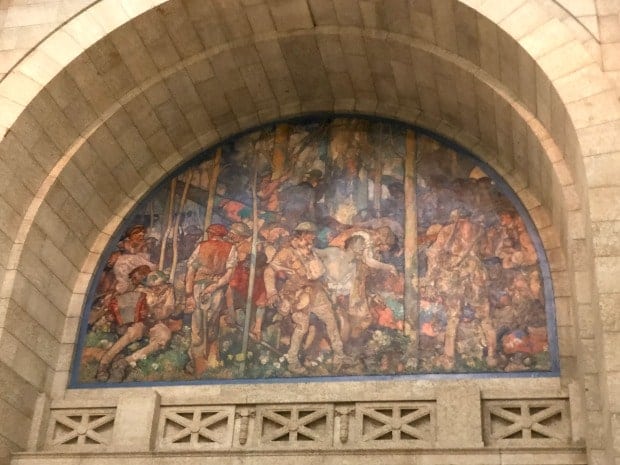 Now that Dr. Albo has discovered them, these secrets and symbols are carefully and thoroughly explained by Dr. Albo throughout the tour and as we got further into our time, we found that we were able to spot and notice secrets and patterns on our own. Maybe the architect was right and we WERE becoming more intelligent as we spent time in the building.

Even if you know nothing about Freemasonry or the history of Manitoba (or even if you thought you never had an interest in the topics), you’ll be fascinated by what you learn and the secrets built into the building. It is filled with symbolism and patterns related to the core beliefs of the Freemasons including the importance of geometry, astrology, the power of numbers and the principles of alchemy. 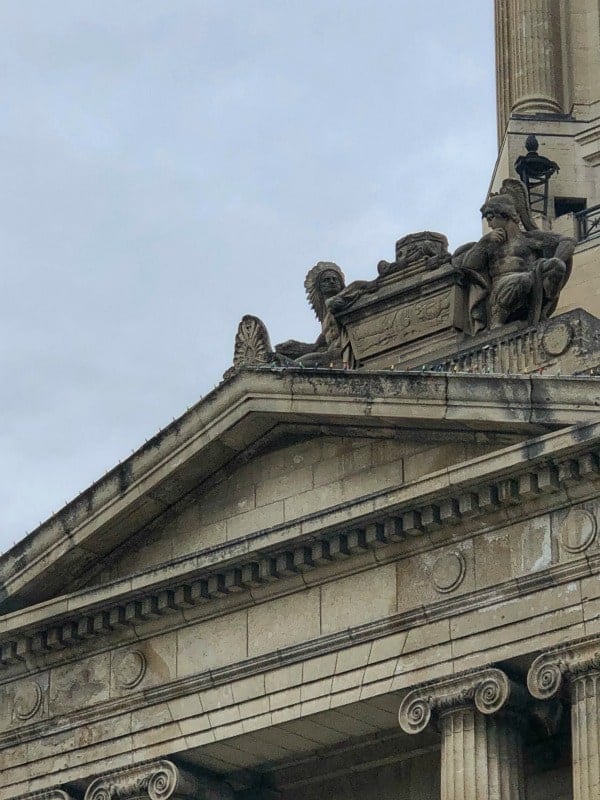 The tour leaves room for audience participation (completely optional of course) by answering (or guessing at answers to) questions, counting design features to determine codes, and we may or may not have found ourselves doing a sing-along of the Raiders of the Lost Ark theme song.

Seriously – this is by far the most exciting building tour I have ever experienced and can’t recommend it enough. Don’t forget, it’s a MUST when you visit Manitoba! 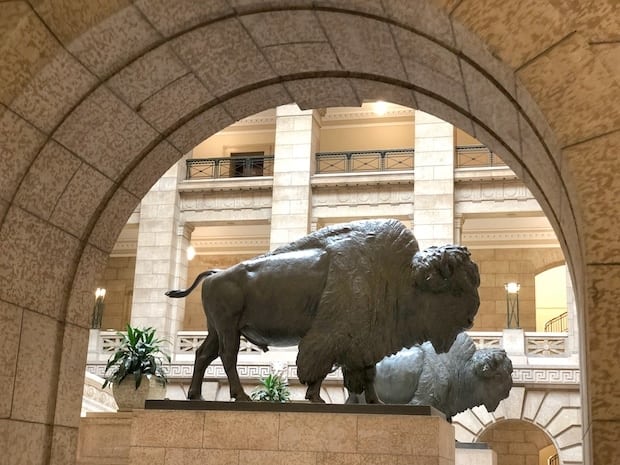 Tours run on Wednesday evenings from April to October (with occasional extra dates added) and can be booked via Heartland International Travel & Tours. The fee is $36.00(CAD)/person + taxes and fees ($41.80(CAD) per person). Tours must be booked in advance, are non-refundable and cannot be changed once booked. 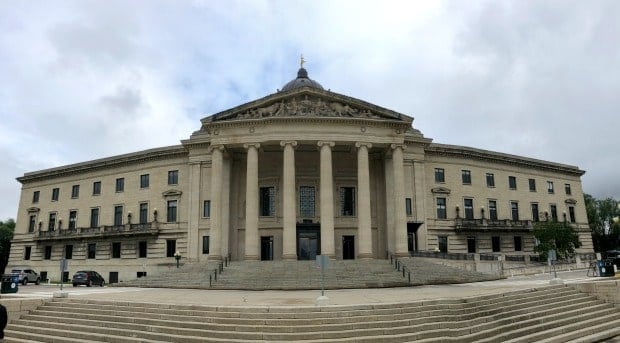