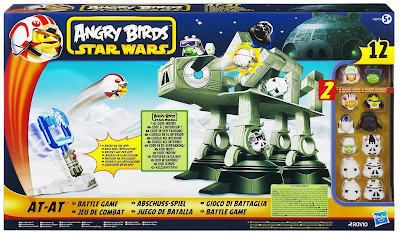 Angry Birds have been a big hit around here for a long time.  But then along came something even cooler (especially in the eyes of an almost-5-year-old) Angry Birds Star Wars!  Little R has become a fanatic and the latest fascination is the ANGRY BIRDS STAR WARS AT-ATT ATTACK BATTLE GAME. 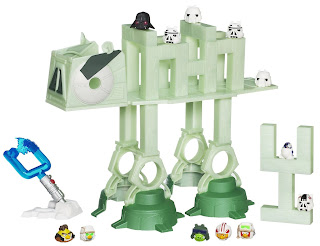 From the official description:

Stack, launch, and destroy with the AT-AT ATTACK BATTLE GAME, which includes 21 blocks to create the signature AT-AT, a LIGHTSABER LAUNCHER and 12 ANGRY BIRDS STAR WARS figures — including two that are exclusive to this set! Players can also unlock ANGRY BIRDS STAR WARS in-app content with a special code in each pack.

From Little R's description:  “Stack up the blocks and knock 'em over with the characters”.

Yes, while there are official rules available to the game, most any kid will love to just play with it and make up their own action.  The coolest thing is that it includes 12 – YES TWELVE – Angry Birds Star Wars figures including the birds Luke Skywalker (Hoth Pilot), Exclusive Luke Skywalker (Echo Base Gear), Han Solo and Rebel Trooper (Echo Base Gear).  For the pigs we have Darth Vader, AT-AT Driver, Exclusive AT-AT Commander, 2 Snowtroopers, and 2 Stormtroopers.  Plus there is an R2-D2 egg figure! 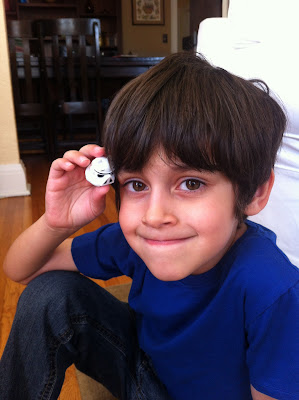 Disclosure: I received a game to review. Any opinions expressed are my own.