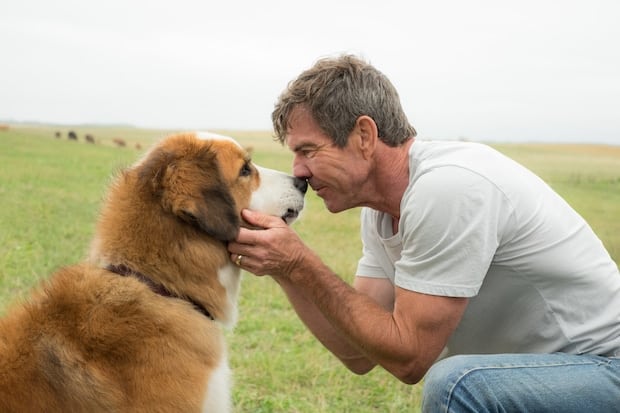 As big dog lovers, we are SO excited for A Dog's Purpose coming to theaters January 27th. It's a story, told from the dog's perspective, about a dog and his humans. The dogs in this movie all look so beautiful and I was super excited to see a German Shepherd in the mix! If you haven't yet seen a clip or trailer, check it out:

Based on the beloved bestselling novel by W. Bruce Cameron, A Dog’s Purpose, from director Lasse Hallström (The Cider House Rules, Dear John, The 100-Foot Journey), shares the soulful and surprising story of one devoted dog (voiced by Josh Gad) who finds the meaning of his own existence through the lives of the humans he teaches to laugh and love.  The family film told from the dog’s perspective also stars Dennis Quaid, Peggy Lipton, Britt Robertson, K.J. Apa, Juilet Rylance, Luke Kirby, John Ortiz and Pooch Hall. 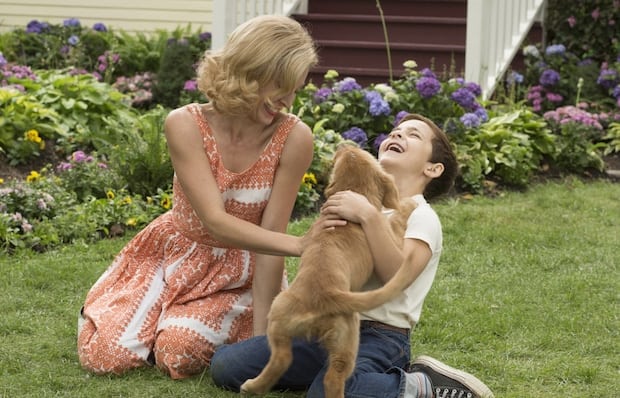 A Dog’s Purpose is produced by Gavin Polone (Zombieland, TV’s Gilmore Girls).  The film from Amblin Entertainment and Walden Media is executive produced by Alan Blomquist and Mark Sourian, and it will be distributed by Universal Pictures. 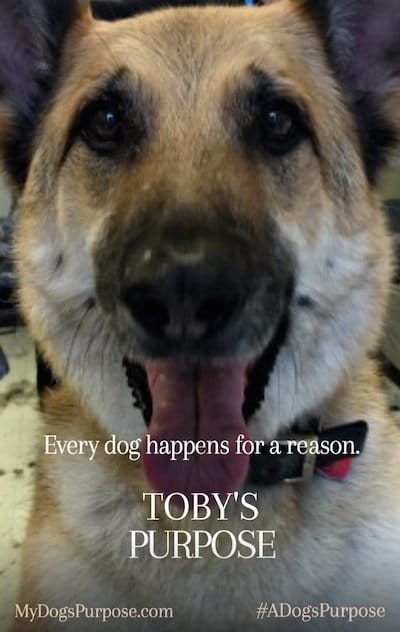 You can recreate the #ADogsPurpose movie poster using your own dog! I created this poster with Toby's face. I think he could be a star! Share your dog's poster using #MyDogsPurpose. Your furry friend could even be featured in the film’s campaign! Get started now: http://unvrs.al/ADPPoster 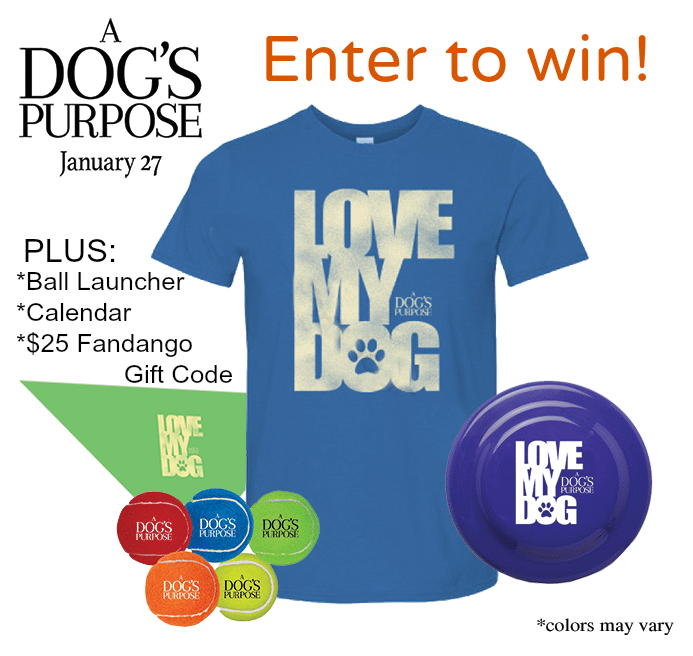